A state of emergency has been announced, as wildfires spread from regime controlled areas and threaten civilians and camps in Idleb reports Baladi News. 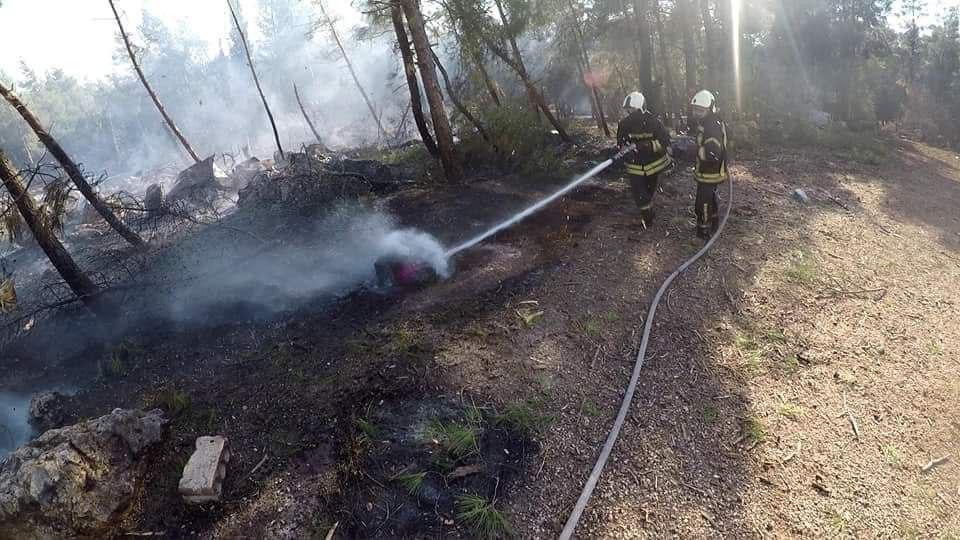 The Syrian Civil Defense (White Helmets) announced a state of emergency as it tries to extinguish the wildfires, which first started in the areas controlled by the Syrian regime, and spread all the way to the western countryside of Idleb, threatening civilian gatherings and the camps in the area.

Civil Defense Director, Raed al-Saleh, said that seven teams are working to contain the fires that spread yesterday evening from regime-controlled areas to the liberated areas in the western countryside of Idleb.

Saleh pointed out that the rugged roads and unexploded war remnants in the hot spots close to demarcation lines with the Assad regime have been preventing Civil Defense teams from accessing the areas.

He pointed out that the fires spread over three to four kilometers, and in more than one area of ​​the western countryside of Idleb and the mountains of the liberated Syrian coast, which called for a state of emergency and the mobilization of all Civil Defense teams.

Several fires broke out in a forested area between the governorates of Tartous and Homs this afternoon, in conjunction with the persistent fires west of Hama.

According to pro-regime media sources, dozens of dunums of forested land extending between the towns of Marmarita, Zweitiniyeh, and al-Mashtaya, were reduced to ashes following the outbreak of a fire near Wadi al-Nasara on the Homs-Tartous road.