On the occasion of Ashura, Fatemiyoun have gathered in Damascus to celebrate, something which is not familiar to residents of the city writes Alsouria Net. 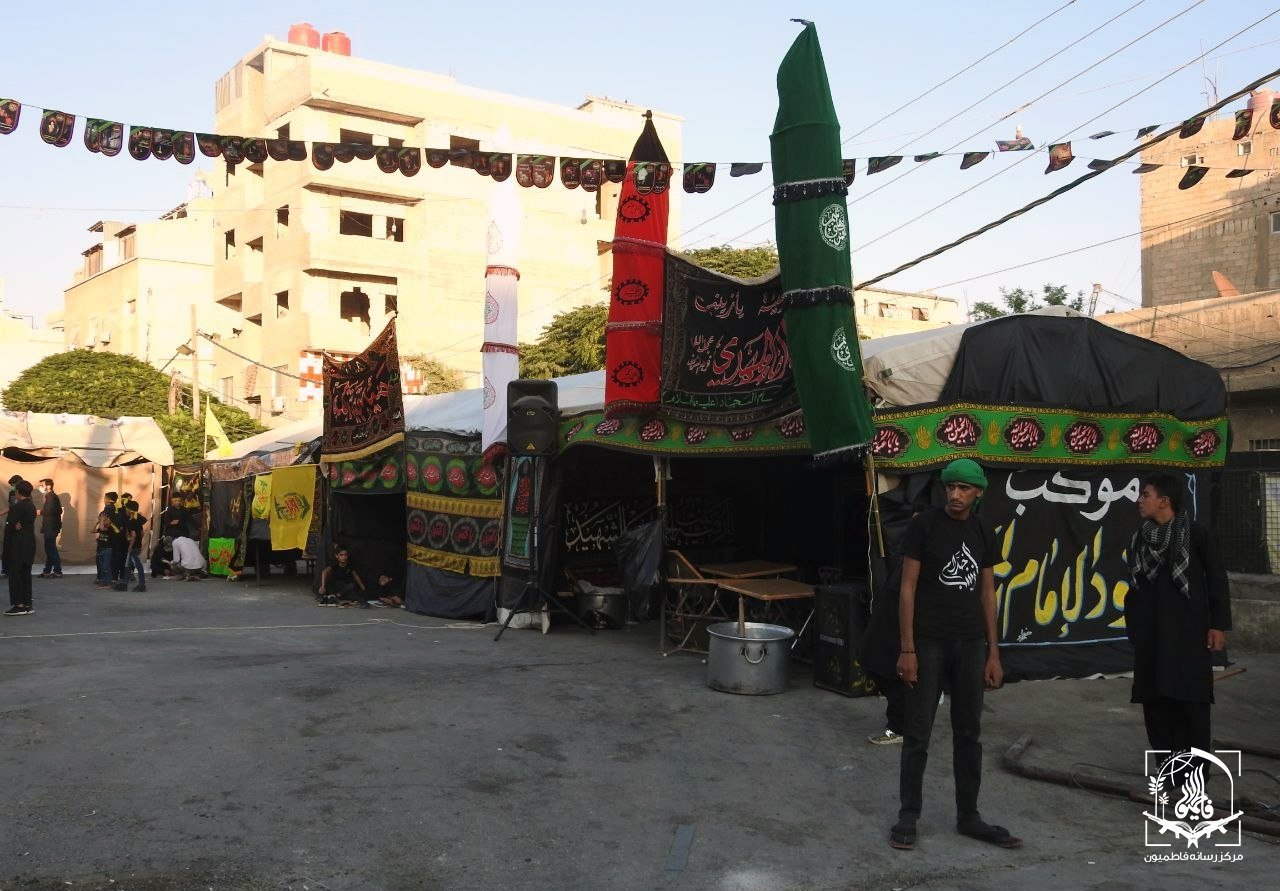 The al-Sayeda Zainab region in Damascus witnessed marches and latamiyat (chanting and slapping one’s chest) by Iranian and Afghan fighters from Liwa Fatemiyoun on the occasion of Ashura on Sunday.

According to content from the Fatemiyoun Telegram account, fighters wandered around the streets of Sayyida Zainab, chanting in Persian.

The fighters also held up pictures of former Quds Force commander, Qasem Soleimani, who was killed in a US airstrike in Iraq earlier this year, along with pictures of Iranian leader Ali Khamenei.

According to Tasnim News Agency, the representative of supreme leader Ali Khamenei in Syria, Abu al-Fadl al-Tabatabai, attended the celebration.

The celebrations and gatherings continued despite the spread of the novel coronavirus and the number of infections, which has reached 2,628 to date.

The Shiite community celebrates Ashura every year on the tenth of Muharram Hijri, and considers it the anniversary of the killing of Imam Husayn ibn Ali in the seventh century AD.

Latamiyat is considered alien to the Damascene neighborhoods, where the people were not accustomed to seeing it in the years pre-revolution. However, the advantages that the Bashar al-Assad regime provided to its allies from Iran and the Hezbollah militia in Syria went beyond the military aspect and started shedding light and encouraging religious practices.

Every year, the streets of the al-Sayeda Zainab neighborhood in the capital are painted black in commemoration of Ashura, in conjunction with an influx of Shiite delegations coming from Iran, Arab, and Islamic countries.

The area, about eight kilometers south of Damascus, is known as an Iranian province, as it is controlled by Tehran-backed militias and thousands of Shiites from Iran, Pakistan, Iraq, and other countries, who visit it on a monthly basis.