The regime has announced that it is no longer legal for private’s vehicles to be sieved for use by the military reports Sowt Al-Asima. 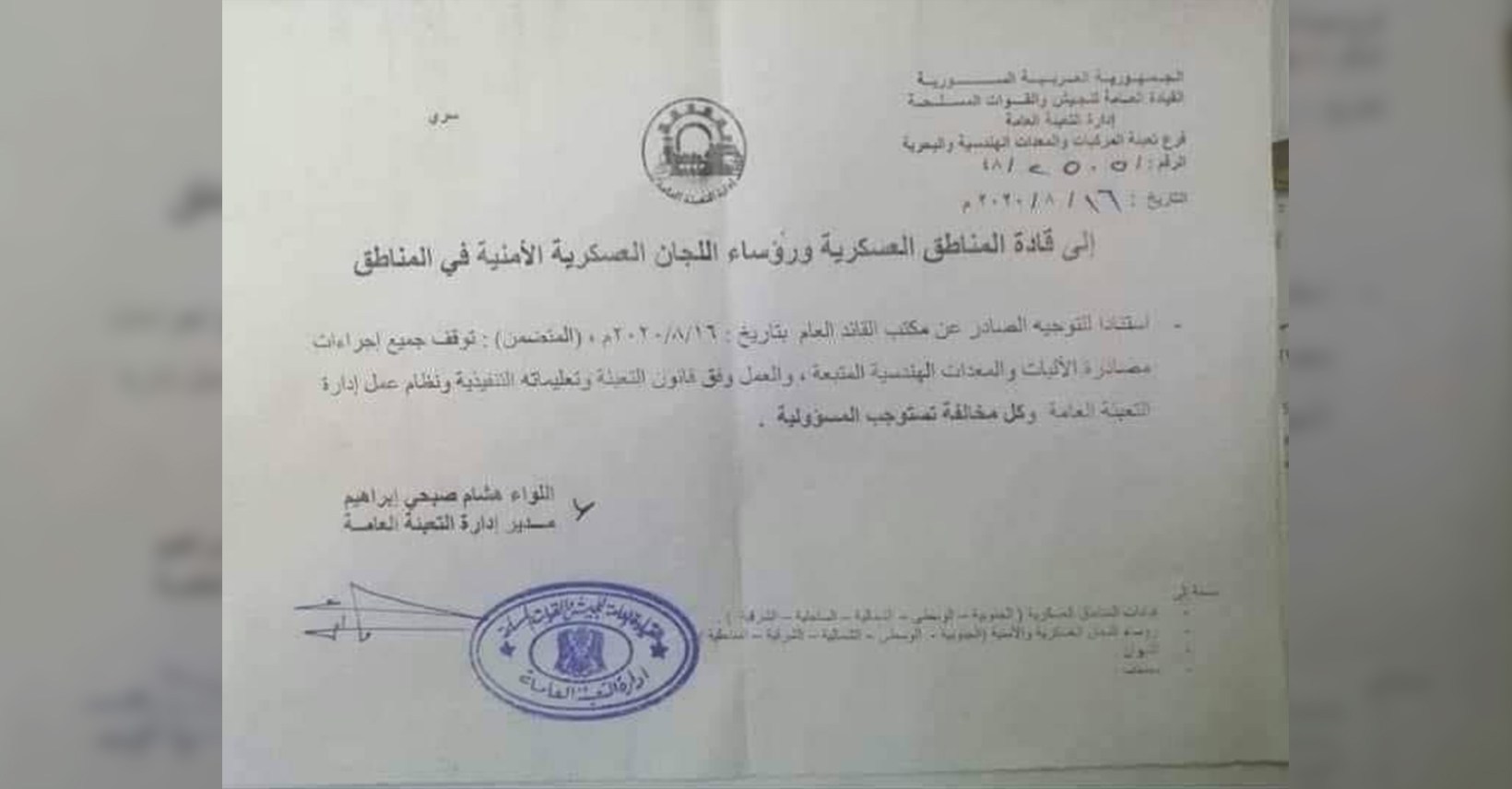 The Ministry of Defense in the government of the Syrian regime has abolished the so-called mobilization law that allows it to confiscate and use any vehicle, public or private, to carry out military missions, provided that it is returned to its owner later.

The Sowt Al-Asima website obtained a copy of a circular sent by the ministry to “commanders of military regions and heads of military security in the regions,” stating, “According to the directive issued by the Office of the Commander in Chief on Aug. 16, 2020, all procedures for confiscating machinery and equipment have been stopped as has the mobilization law, its executive instructions, and all general mobilization procedures.”

The ministry’s circular did not explicitly mention that security and intelligence services need to comply with the decision, which predicts the existence of a loophole, especially since the tasks of the military committees differ from the tasks of the security committees, according to what a security source said to Sowt Al-Asima.

The source added that the law, which the ministry had passed in 2013, allowed the army, security, and even militias to randomly confiscate cars and vehicles under multiple pretexts and use them to transport items, weapons, ammunition, and other items, noting that many of the vehicles were eventually sold.

The law had major repercussions on people, who were afraid to move between governorates for fear of passing through “hot spots”, especially owners of freight transport vehicles, whose vehicles were confiscated and goods were stolen under the mobilization law.