The number of deaths related to the coronavirus has been released, although these figures have been contested writes Sowt Al-Asima. 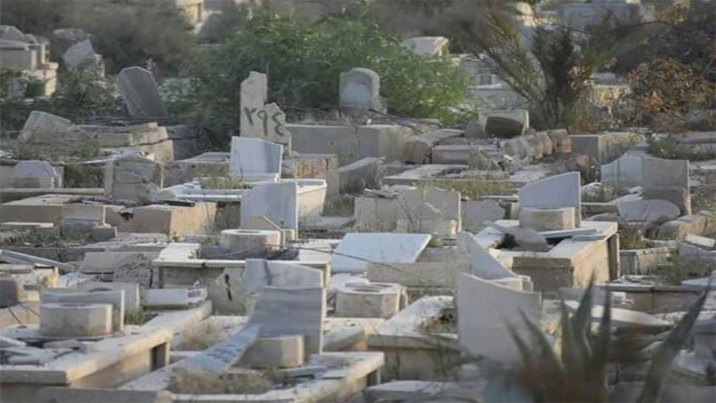 On Sunday, Damascus Governorate published the numbers of deaths recorded in the governorate over the last week.

The governorate justified its publication of the numbers as an illustration of what is being circulated on social media, which claims the number of coronavirus deaths reached 193 cases during the first days of Eid al-Adha alone.

According to Damascus Governorate, the numbers that were mentioned include natural deaths, and suspected cases of coronavirus, in addition to the cases confirmed with coronavirus that were announced by the Ministry of Health.

Damascus Governorate called on citizens to adhere to all preventive measures, such as social distancing, avoiding gatherings and places of congestion, wearing masks, and paying special attention to the elderly and those with heart and lung problems, diabetes and other chronic diseases that weaken immunity in the interest of public safety.

To date, the Ministry of Health has registered 809 cases throughout the Syrian governorates, and 44 deaths, since the outbreak began more than three months ago.

The ministry indicated earlier that the casualty figures, which are announced on a daily basis, are for cases that have been proven as a result of the PCR laboratory examination only, while there are also asymptomatic cases.

The ministry noted that it does not have the capabilities in light of the, “unfair economic blockade imposed on the country, which affected the health sector with all its components,” to conduct general surveys in the governorates, highlighting the need to adhere to the individual prevention measures to control the spread and protect everyone.

This was confirmed by the Dean of the Medicine School at the University of Damascus, Dr. Nubough al-Awa, who stated that the actual number of people infected with coronavirus in Syria are more than those announced by the Ministry of Health.

He pointed out that those figures published do not convey the reality because the Ministry of Health conducts a limited number of tests, according to their limited capabilities, adding that, “patients do not go to the hospital except when they are in poor condition for fear of quarantine, or because of they fear the stigmatism society attributes to COVID-19 patients.”