An assault by regime forces is anticipated following heaving shelling of a number of different points in Idleb, Hama and Lattakia reports Al-Modon. 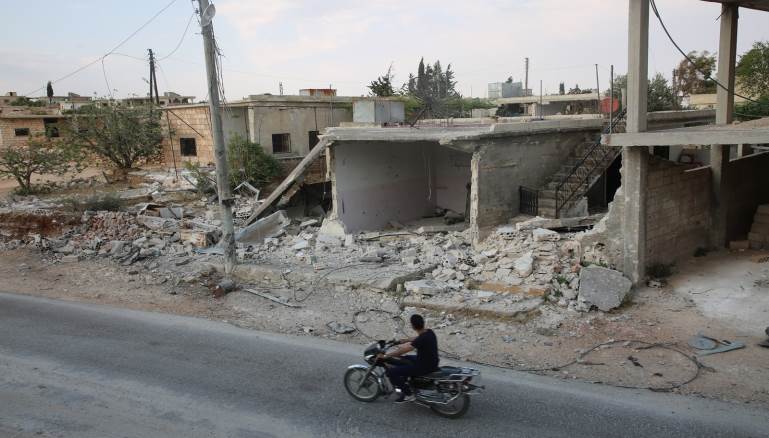 The areas included in the ceasefire agreement in northwestern Syria have witnessed new violations by the regime forces, which the opposition factions responded to on Monday morning, with renewed displacement from the villages and towns of Jabal al-Zawiya in the Idleb countryside.

The regime forces targeted with artillery the villages of Ayn Larouz, Kansafra, Arnabah, al-Falafleh, Fatira, and Kafr Uwid in the southern countryside of Idleb, al-Sarmaniya in the western Hama countryside, and Jabal al-Akrad in the northern countryside of Lattakia. No casualties were reported.

With renewed bombing campaigns targeting the region, many villages and towns in Jabal al-Zawiya in the southern countryside of Idleb — which the regime has been focused on targeting — witnessed a new wave of displacement, at a time when the opposition believes that the regime and its allies are preparing for a battle there.

According to the opposition, regime forces are bringing in reinforcements to attack the areas controlled by the factions in Jabal al-Zawiya — which is considered a strategic point because of the nature of its terrain and its access to international roads that the regime seeks to put back into service.

Turkish and Russian forces have been conducting joint patrols in the Idleb countryside on international road M4 highway since the ceasefire agreement was signed in northwestern Syria on Mar. 5, 2020.

Last week, the patrol was able to block the entire route between Idleb’s southern countryside and the Jisr al-Shughour Bridge in Idleb’s western countryside.