The Organization for the Prohibition of Chemical Weapons has been accused of discrediting employees who have challenged the findings of their report writes Al-Masdar. 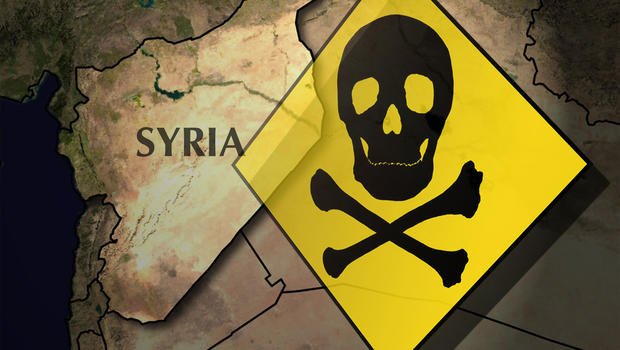 New documents leaked from the global chemical watchdog show that two inspectors blowing the whistle about the 2018 Douma incident in Syria were right, and the director seeking to discredit them was wrong.

Two inspectors with the Organization for the Prohibition of Chemical Weapons (OPCW) have challenged the organization’s final report on the April 2018 incident, which they say was altered to dismiss their findings and validate after the fact the US, UK and French missile strikes against the government in Damascus.

OPCW Director General Fernando Arias responded earlier this year by describing them as “rogue” inspectors who weren’t even members of the mission. Documents obtained by investigative journalist Aaron Mate at Greyzone, however, show that Arias’ statements were false or misleading.

Arias claimed that South African inspector Ian Henderson was “not a member” of the fact-finding mission (FFM) dispatched to Douma, and that he had played a “minor supporting role.”

However, the documents from April 2018 obtained by the Grayzone show that OPCW directors were “happy” to have Henderson lead the visits to the most important locations in Douma: the hospital and the sites of alleged chlorine cylinder impact, for instance.

Another document, described as a sensitive security-planning memorandum known as CONOPS, lists Henderson as part of the FFM under the section “Mission Personnel.”

Last, but not least, the “F038” memorandum to the Syrian government lists Henderson as “part of the team conducting the technical secretariat visits,” notifying Damascus of his role. Henderson has previously explained publicly that he was on a mission in Nepal, and was assigned to Douma immediately upon his return.

Moreover, another OPCW document shows that Henderson took over the OPCW Damascus command post on May 3, 2018, – two days after he returned from Douma.

This goes directly against Arias’ version of events, according to which Henderson was already in Damascus, happened to play a minor role in the Douma mission, and then went “rogue” to sabotage the organization for reasons unknown.

Henderson and another whistleblower inspector – who remains anonymous – have said for months that they had not gone rogue, but were sidelined by OPCW because they produced evidence suggesting the Douma incident had been staged by the Jaish al-Islam militants who controlled the area at the time.

The final OPCW report, they contend, was doctored to retroactively justify the US, UK and French missile strikes and enable them to blame Damascus.

The OPCW responded to their revelations by painting them as disgruntled employees who breached confidentiality and lacked expertise and access to all the evidence. Their own documents now clearly show those statements to be false.