The former Russian ambassador to Syria has been scathing of the Syrian regime in a recent publication, accusing them of failing the Syrian people and being guilty of corruption and causing recent economic failings writes Ana Press. 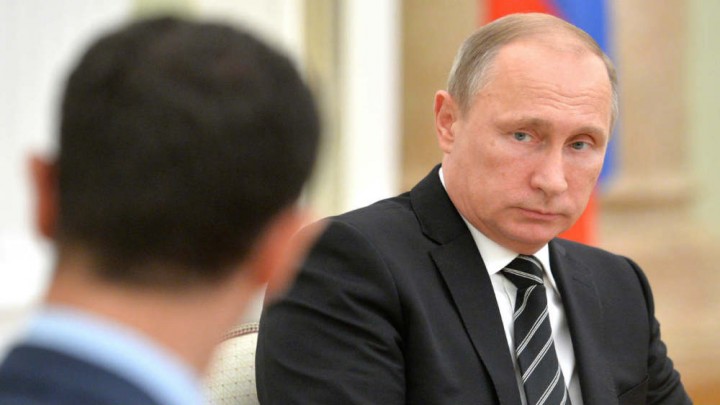 In a second blow by Russia in less than a week, the former Russian ambassador to Syria dealt harsh criticism to the Assad regime and its behavior on several fronts, most importantly regarding the military and economy.

Aleksandr Aksenenok, a prominent figure, ambassador and deputy head of Russia’s Council for Foreign Affairs, said in a publication shared by the Russian International Affairs Council that it is necessary to rethink the future of Syria, specifically the fate of Syria’s leaders. Russia also must re-examine its own policy of dealing with Syria’s leadership, in light of the Syrian regime using security and military force to solve its crisis rather than adopting a flexible political approach.

“We must rethink the future of Syria, especially the fate of Syria’s leadership. Damascus is not interested in a long-term flexible approach, instead wagering on military solutions,” Aksenenok wrote.

He added that it is difficult at times to discern between the fight against terrorism and the violence that the government is waging against its opposition in Syria. This has restored tensions in the south due to the mukhabarat, and has harmed the reputation of national reconciliations that were initiated by Russia.

Around a week ago, Russia’s federal news agency fired a scathing attack on the Syrian president and his government, accusing it of complicating Syria’s economic problems. It described Bashar al-Assad as “weak,” and spoke of his inability to fight widespread corruption in his administration, also blaming Assad for exploiting Russian aid to his own personal benefit.

And in another attack, the same Russian news agency published a report on Apr. 13, 2020, that included an opinion poll from among Syrians. According to the report, “Bashar al-Assad’s popularity is declining against a backdrop of corruption and economic problems at home.”

In a poll conducted by the Fund for Protection of National Values, 32 percent of Syrian residents expressed their willingness to support Bashar al-Assad in the 2021 elections. Alexander Malkevitch, president of the Fund, clarified to the federal news agency that the, “significant drop in support for Bashar al-Assad is tied at its roots to corruption and cronyism at high levels of authority, including the president’s inner circle.”

Aksenenok concluded by saying that the situation in Syria is dangerous. Challenges are forcing the Syrian government to reassess current risks, focusing on rebuilding the economy and developing an internationally accepted political system before the upcoming presidential elections.