A father carried his daughter from their camp, in freezing temperatures, to a hospital in Afrin, but she perished before they arrived reports Tiny Hand. 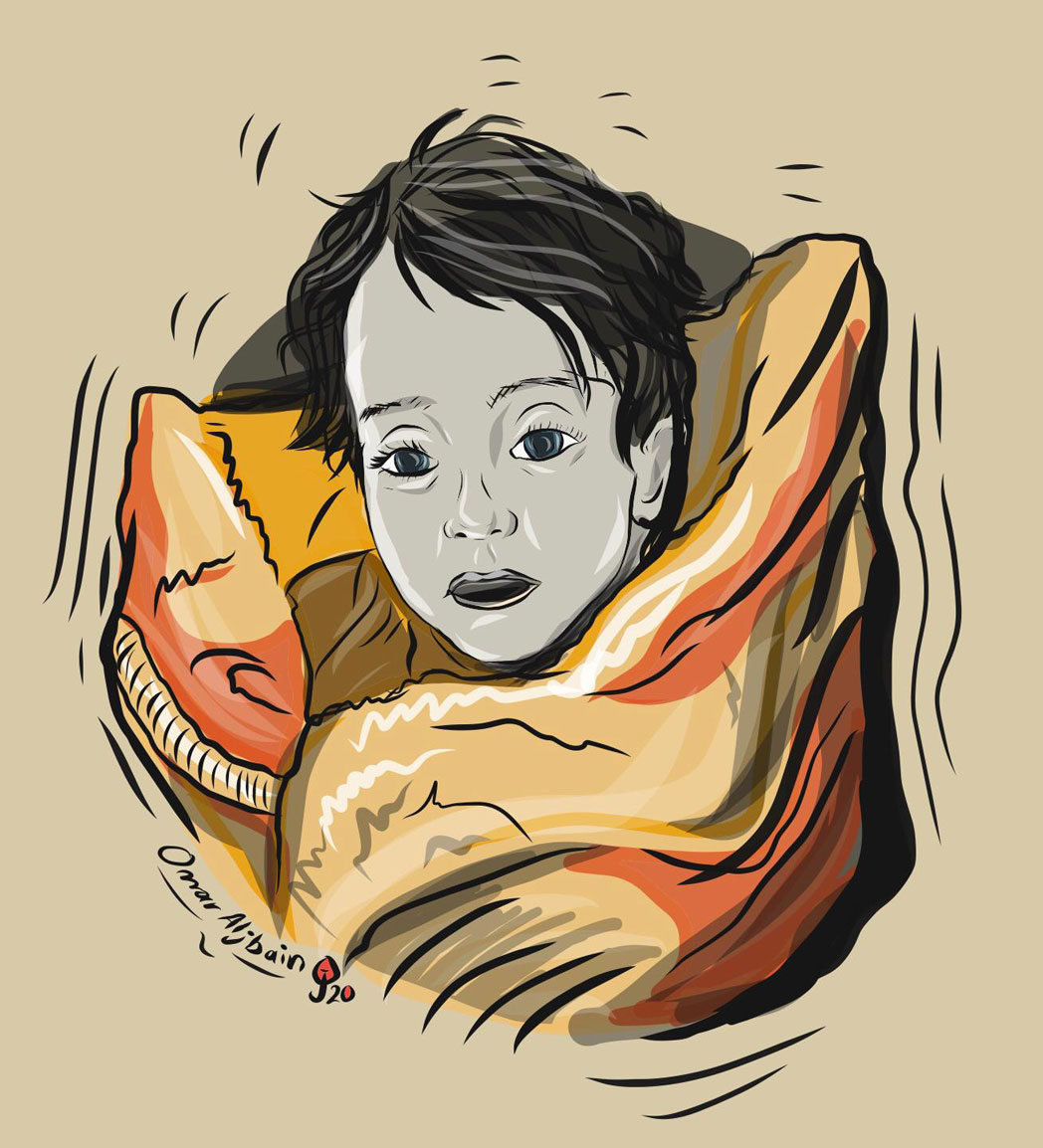 She drew a sad, astonished look on her face and opened her mouth, and then passed away, uttering her last breath as she was carried on her father’s shoulder, as he fought the wind and snow to reach the hospital and save her.

This was the scene that Dr. Hossam Adnan witnessed for the child, Iman Leila Ahmed, in Afrin Hospital, northwestern Syria.

It was five in the morning, on Feb. 13, 2020, the temperature was minus five when the father arrived at the hospital in the city of Afrin where Dr. Hossam works.

“This child’s father walked for two hours, coming from his tent towards the hospital,” the doctor said in a post written on his Facebook page and circulated by hundreds.

As soon as they arrived at the hospital, Dr. Adnan rushed to examine the girl, but it became clear that she had died an hour ago! “He was carrying her on the road and he did not know that she was already dead,” Dr. Adnan said.

What does it mean for your child to die in your arms from the cold?

Although the camp where the girl with the black eyes and charming smile lived is only a few kilometers away, the bumpy road and the cold winds did not help her.

She was suffering from a simple respiratory problem, which worsened due to the severe cold, and then her heart stopped, according to the doctor’s diagnosis, as the cold was harsher than her fragile body.

The number of displaced children in Syria has exceeded 300,000 since the beginning of last December, specifically in northwestern Syria. According to UNICEF, more than 6,500 children a day were forced to flee during the past week.

The organization said that the crisis in that region has created an unprecedented impediment to its efforts to protect children.

UNICEF estimates that 1.2 million children are in urgent need of food, water and medicine.

A spokeswomen for the organisation said in a statement: “Children pay the highest price from this crisis. During the past year, 900 children were killed, more than 75 percent of them in northwest in Syria. Idleb recorded the largest number of dead and injured children.”

At the end of its statement, the group called on all parties to immediately stop fighting and deliver the necessary humanitarian assistance to every child in need.