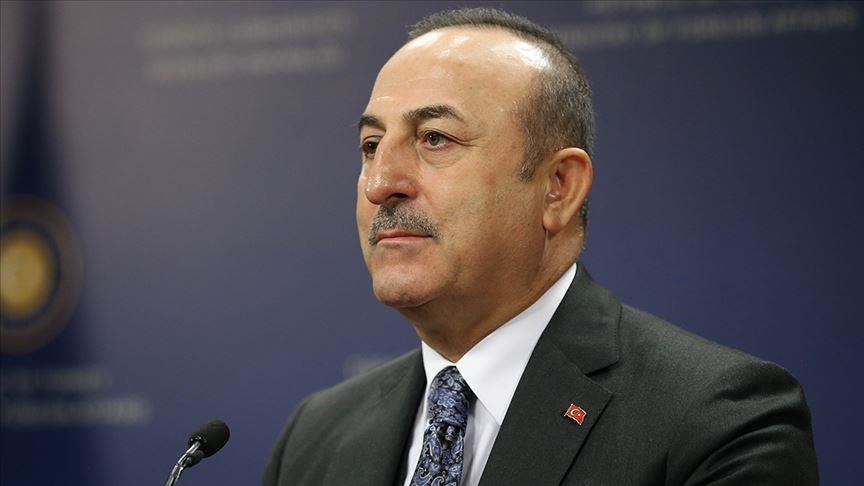 Turkish Foreign Minister Mevut Cavusoglu denied that citizenship was given to Syrian fighters in exchange for going to Libya with Turkish backing to fight alongside the Government of National Accord (GNA), which is internationally recognized.

Cavusoglu said in an interview with CNN TURK on Wednesday that all the claims about Turkish citizenship being given to fighters in the Syrian National Army for fighting in Libya were “totally untrue” and added that the matter was “not real.”

The minister did not explicitly reference the validity of reports about sending Syrian fighters to Libya and only said that his government had not given citizenship to those fighters for fighting in Libya.

The Guardian, a British newspaper, published a report in which it said that Syrian fighters had been sent to Libya and that they would soon, at a request from Turkey, support the GNA, which is headed by Sarraj, saying that according to three sources, 300 fighters from the Turkey-backed Syrian National Army had arrived in Libya on Dec. 24, 2019, with 350 more on Dec. 29, 2019, while 1,350 Syrian fighters had arrived in Turkey on Jan. 5, 2020, with some of them headed to Libya, while others were receiving military training in bases south of Turkey. According to the newspaper, Syrian fighters had signed contracts with Turkey for six month periods, for 2,000 dollars a month and that they would be given Turkish citizenship, which was denied by the Turkish foreign minister.

Some reports have been published talking about Turkey conscripting Syrian fighters to send them to Libya. A video was published on social media in which a group of fighters appeared in Libya speaking in Syrian dialect, saying that they had liberated a base from Haftar’s forces, but the veracity of the video was not confirmed, or if it had actually been in Libya.

In the CNN TURK interview, Cavusoglu referenced the ceasefire in Idleb saying that there had been violations of the agreement Turkey had reached with Russia a few days ago.

He added that: “We cannot say that the deal has collapsed,” and expressed his hope that a truce would be implemented and that there would be no future violations.