An argument at a base in Deir ez-Zor led to the death of an Arab fighter, which then escalated to armed clashes between two groups reports Jisr. 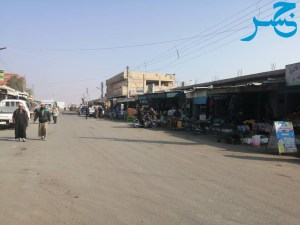 Jisr’s correspondent in Deir ez-Zor has reported that heavy clashes broke out inside the command base of the Syrian Democratic Forces (SDF) in al-Sour in northeastern Deir ez-Zor.

The correspondent said that an Arab fighter in the SDF was killed by a Kurdish commander, after an argument between the two, inside the al-Sour base. This led the comrades of the killed man to take up arms and try to take revenge, with the matter then escalated into direct clashes between a group of Arab fighters and another of Kurdish fighters.

The correspondent, quoting eyewitnesses, added that a number of cars carrying military commanders left the base for al-Basira to the south before the Arab group was able to blockade the walls of the building, which is the SDF command base in the area.

SDF military vehicles loaded with fighters were seen leaving the nearby al-Maamal area apparently headed to the command base.