A Russian researcher has accused the US of hindering the political process and obstructing the work of the Committee to Discuss to Constitution writes SANA. 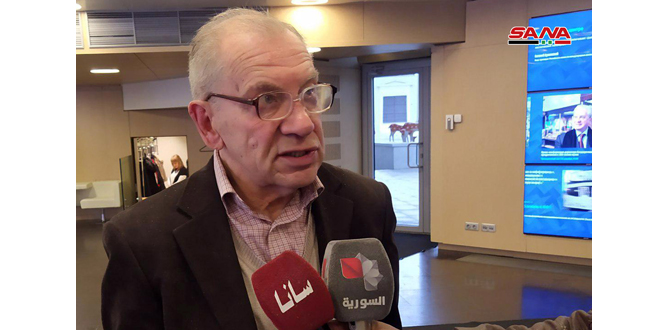 A researcher at the Russian Foreign Ministry’s International Relations Institute, Yuri Zenin, said on Tuesday that the US tries, with all means, to hinder the political process that’s trying to solve the crisis in Syria by imposing its dictates on the Committee to Discuss the Constitution.

“The Americans have failed to achieve their evil intentions and goals since the beginning of crisis in Syria, due to the resilience of the Syrian people and their armed forces, so the US seeks to obstruct the political process in the country,” Zenin told SANA’s correspondent in Moscow.

He added that Washington wants to justify its illegitimate presence in Syria by imposing its dictates through the decisions of the Committee and on the Turkish delegation.

The Russian researcher denounced the statement by the US Department of State on the sessions of the Committee in Geneva, stressing that the US accusations and allegations about Syria are null and void.