The US urges a political solution, a car bomb kills nine, Turkey attacks Ayn Eissa and Syria insists that the constitutional committee remains Syrian. Catch up on everything that happened over the weekend. 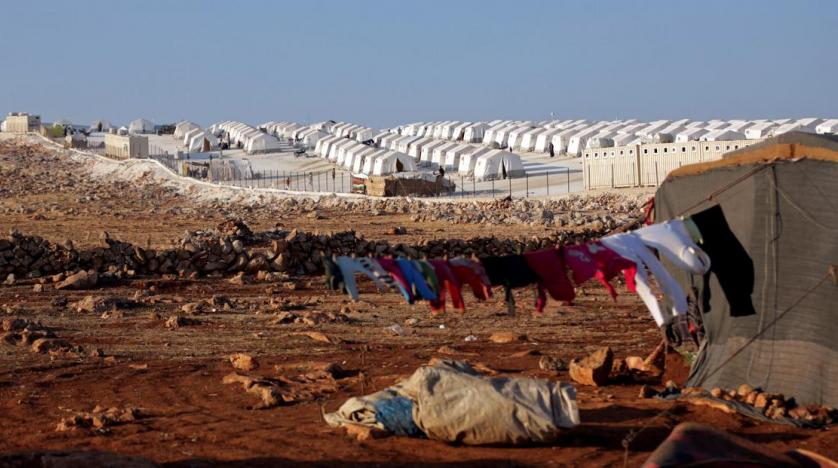 1. US Special Representative for Syria, James Jeffrey, said the Damascus regime and the constitutional committee in Geneva are the only two internationally recognized parties that can deal with the Syrian crisis. He underlined, Asharq al-Awsat reported, the need for a ceasefire in Syria and announced that Washington maintains its position that there can be no reconstruction assistance for Damascus until there is a credible and irreversible political process in line with UN Security Resolution 2254. “We believe that this position is consistent with many of our European and Middle Eastern partners. We will work closely with them to ensure that this pressure is maintained,” he added.

2. A UK tabloid reported that an email leaked this weekend dramatically indicated that the UN’s poison gas watchdog had butchered and censored a critical report on an alleged chemical attack in Syria. If substantiated, the Daily Mail reported, the revelations will be severely embarrassing for Britain, France and America, which launched a massive military strike in retaliation without waiting for proof that chemical weapons had actually been used.

3. On Saturday, a car bomb killed nine people including four civilians in a Turkish-held border town in northern Syria, a Britain-based war monitor said. According to Al-Araby Al-Jadeed, two children were among those killed in Tel Abyad, the Syrian Observatory for Human Rights monitoring group said. There was no immediate claim of responsibility for the bombing.

4. On Saturday, Turkish forces launched a fierce attack on Ayn Eissa. A SANA reporter said the Turkish forces and its allies, “launched a fierce attack with various types of artillery and rocket shells on residential neighborhoods in Ayn Eissa town in the northern Raqqa countryside, causing considerable damage to citizens’ property, public facilities and infrastructure.” The violent attack led to the displacement of people for fear of massacres being committed against them.

6. Syria’s Permanent Representative to the UN Bashar al-Jaafari stressed that Syria’s constitution and drawing its future are an inalienable right for its people, indicating that the greatest danger to the committee’s discussions about the constitution are the attempts by some parties to interfere in its work and hinder its efforts. During a UN Security Council’s session held in New York on Friday, Jaafari was quoted by SANA as saying, “Two weeks ago, we witnessed the plenary and mini meetings of the committee to discuss the constitution, and the Syrian state has dealt with the preparatory phase with flexibility and positivity, which was confirmed by the UN and its special envoy Geir Pedersen, who illustrated in his briefing today that the first round of the committee’s meetings witnessed discussions on a number of issues related to its work and adopted a set of procedures.”

7. In framework of the new steps taken for investing in renewable energies, the largest solar power plant was put into service in Hama province with a capacity of 1 megawatt. The plant, SANA reported, is considered the largest of its kind in the province, and it constitutes a substitute for the public electricity network. The project came as the fruit of partnership and cooperation between the public and private sectors.