Kinana Abdel Wahab Hindawi, who has documented regime and Russian attacks in Idleb, was instructed to go to Hay'at Tahrir al-Sham's offices and has not been seen since reports Jisr. 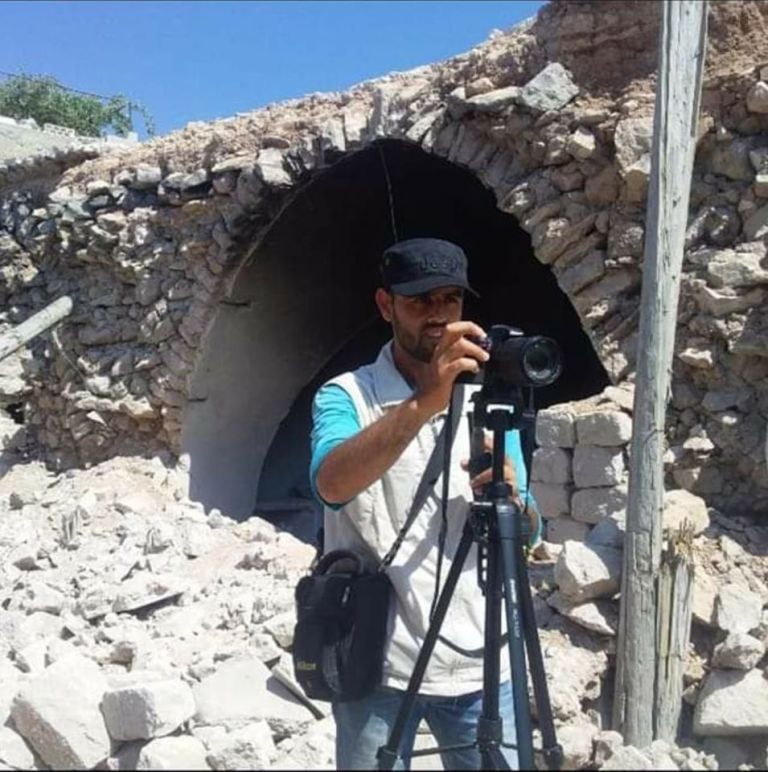 Hay’at Tahrir al-Sham arrested activist Kinana Abdel Wahab Hindawi based on a notice he received a few days ago to go to one of its offices.

A source told Jisr that Hindawi had received an official notice at his house in the town of Ehsim in Jabel al-Zawiya in Idleb a few days ago to report to one of Tahrir al-Sham’s centers, and so headed there and hasn’t yet returned.

The source said that the reason for the arrest relates to posts written by Hindari on Facebook and WhatsApp criticizing the group’s actions.

Hindawi, 33, is married and has two children. He began media activities about a year ago and documented massacres carried out by the Assad regime and its allies.

The source said that the young man, given the receipt of the notice, will be easier to ask about and maybe even visit, because he has been arrested with an official notice and hasn’t just been kidnapped without information.