An economic expert has said that the policies of the government are misplaced and badly conceived and are contributing to the currency chaos writes Hashtag Syria. 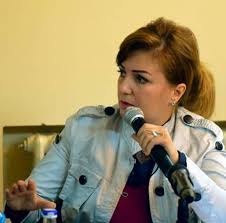 The exchange rate of the dollar to the Syrian pound in the parallel “black” market has exceeded 700 pounds to the dollar, without any realistic remedies put forward by the Central Bank of Syria or the economic team or the government to put an end to the upward fluctuation of the rate.

With inexplicable and unbalanced policies taken by the government towards the collapse of the Syrian pound, we see the government moving towards policies designed to entertain, while neglecting the industrial and agricultural economy, which can change the situation, according to economic expert Rasha Siroub, who spoke to Hashtag Syria. She added that the trend to finance projects such as Marota City and Basilia City do not indicate that the country is no longer at war, but that the state is living in luxury in all its sectors—and the funding should be directed first to agriculture and industry.

Siroub also said that the policies of the government’s economic, financial and monetary team should be effective and credible, especially given that Syrian citizens had lost confidence in the Central Bank of Syria due to their policies, which had led to the loss of confidence in the Syrian pound for savings. That in turn has led us to see several exchange rates, leading to significant manipulation impacting the economic situation, which primarily affects the lives of citizens.