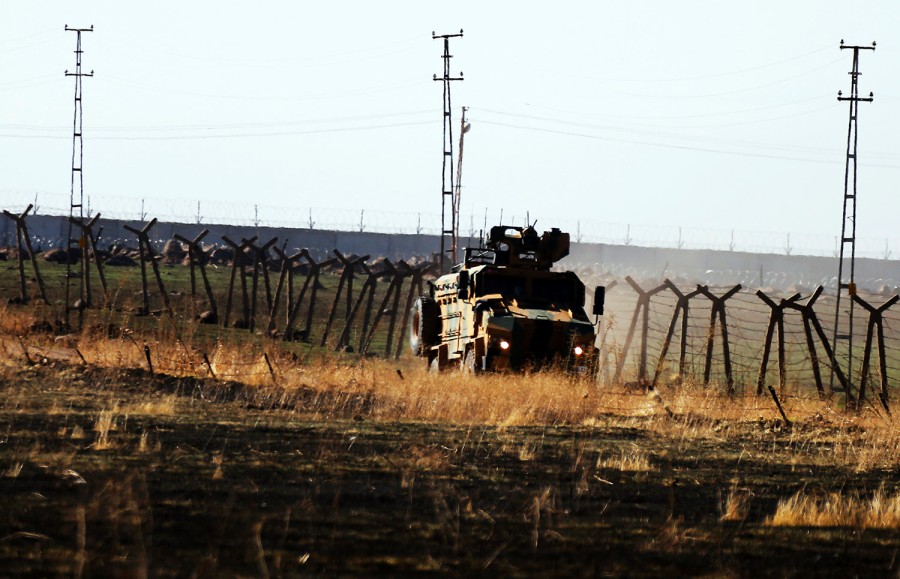 1. On Saturday, intense fighting broke out between Syrian regime troops and Turkish-led forces in northeastern Syria, Syrian state media and an opposition war monitor reported. Several people were injured, including a cameraman for state-run Syrian TV, according to the Syrian Observatory for Human Rights (SOHR). A Syrian major general and a colonel were also wounded, according to the SOHR and Kurdish news agency Hawar. Despite a Russian-brokered truce between Damascus and Ankara, clashes between regime forces and Turkish and Turkish-backed fighters persist. On Saturday, SANA also reported on clashes involving heavy machine gun fire that occurred in the village of Um Shaifa, near the town of Ras al-Ayn, which was captured by Turkish-led forces last month.

2. On Saturday, Turkey’s President Recep Tayyip Erdogan and his Russian counterpart Vladimir Putin discussed bilateral relations and regional developments over the phone, Anadolu News Agency reported. Erdogan and Putin discussed the latest situation in northeastern Syria where Turkey launched an operation last month and the withdrawal of YPG/PKK terrorists from the region, according to the President’s Office. They also reiterated their commitment to a deal reached on Oct. 22, 2019, in the Russian city of Sochi by the presidents of both countries, regarding Turkey’s operation in northeastern Syria.

3. The coordinator of the UN special team for monitoring terrorist organizations, Edmund Fitton Brown, affirmed the existence of tens of thousands of terrorists in the city of Idleb. In a statement to the Russian Sputnik News Agency, Brown said Idleb includes far more than 10,000 terrorists, referring that the so-called Hurras al-Din (The Guards of Religion) terrorist group, affiliated to the terrorist al-Qa’eda Organization, which includes several thousands of terrorists. He added that he did not have accurate information about the number of Islamic State terrorists in Idleb, but he said that the terrorists set fortified positions to protect their leaders.

4. A US-born woman who says she regrets having joined the Islamic State (ISIS) has appealed again to come home from the refugee camp where she lives with her two-year-old son in northeast Syria. The government is refusing to let Hoda Muthana return to the US, arguing that she is not an American citizen. In an interview with NBC News published Saturday, Muthana said she “regrets every single thing” done by ISIS, which she joined in 2014 after embracing extremist ideology while living with her family in Alabama. “Anyone that believes in God believes that everyone deserves a second chance, no matter how harmful their sins were,” Muthana said.