Fearing a massacre by Turkish forces, civilians are heading to Ras al-Ayn in an attempt to save wounded people reports Etihad Press. 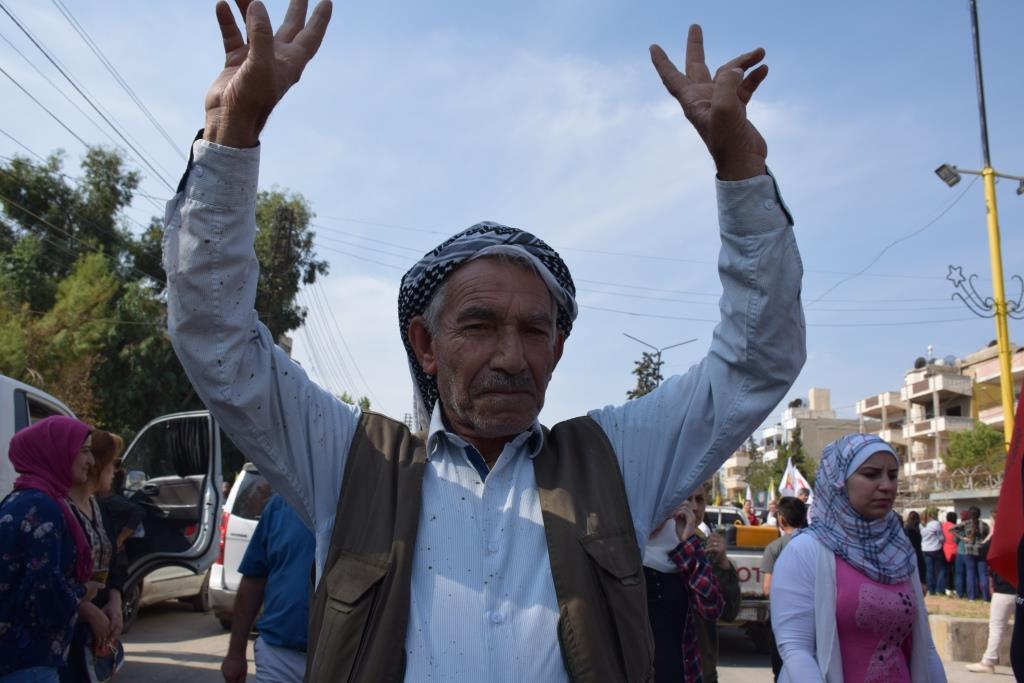 On Thursday, hundreds of residents from villages and towns in the al-Jazeera area of the town of Tel Tamer gathered to head north to the city of Ras al-Ayn on the Turkish border in northwest Hassakeh in an attempt to save wounded people, out of fear that they would be subjected to a massacre if Turkish forces and allied Syrian groups occupy the city.

Despite the Turkish army carrying out a horrible massacre against a convoy of civilians that had been on the way to Ras al-Ayn, the residents headed to the city in light of the Turkish aggression escalating with a monstrous bombardment operation on residential districts and service centers, today targeting the hospital of a city filled with wounded people as well as medical staff. A medical worker in the health agency named Hayal al-Salah was confirmed killed.

Syrian Democratic Forces (SDF) fighters are entering into street battles with Turkish forces and allied Syrian forces in Ras al-Ayn after invading forces surrounded the city from all sides and occupied part of it and isolated the defenders from roads and surrounding areas.

Heavy battles are ongoing between Turkey-affiliated forces and the SDF, which is resisting the Turkish war machine for the ninth day as the Turkish bombardment escalates by air and land, and rebel fighters advance on the ground inside the city, leaving more dead and wounded on both sides in addition to civilian casualties.

With the Turkish aggression entering its ninth day, the health agency in the Self-Administration of North and East Syria has documented the deaths of 218 civilians from air and artillery bombardment, including 35 children, and another 652 people wounded, including 18 children. These numbers are close to those of rights groups operating in the area, in addition to the 300,000 displaced.

The Self-Administration, as well as political and civilian circles in the al-Jazeera area called on international bodies to intervene to open a humanitarian corridor that allows people to leave Ras al-Ayn out of fear of revenge attacks from pro-Turkey groups in case the city is occupied, which threatens a terrible massacre.