After an agreement between the Syrian government and the SDF, the army entered towns and villages in the Raqqa and Hassakeh countryside reports SANA. 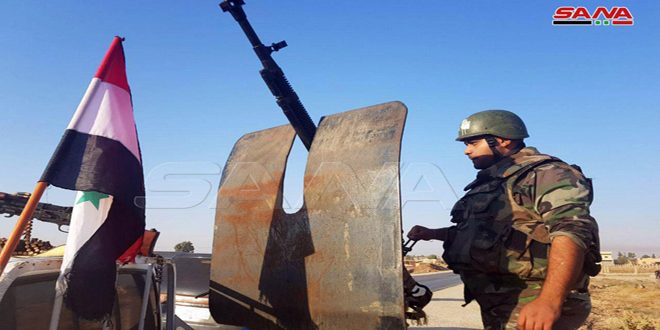 On Monday, the Syrian Arab Army entered a large number of villages and towns in the southern, southwestern and northern countryside of Raqqa, al-Tabqa city and its countryside and the al-Tabqa military airport, SANA’s reporter said.

Earlier, units of the Syrian Arab Army entered the town of Tel Tamr in northwestern Hassakeh to face the Turkish aggression.

The reporter added that upon arrival of the army units to Ayn Issa in Raqqa northern countryside, people gathered at the town entrance to welcome them.

The Syrian national flag was hoisted over a number of state institutions, including schools in the cities of Hassakeh and Qamishli.