The long planned constitutional committee is expected to be announced at the next meeting of the Astana guarantor countries reports Brocar Press. 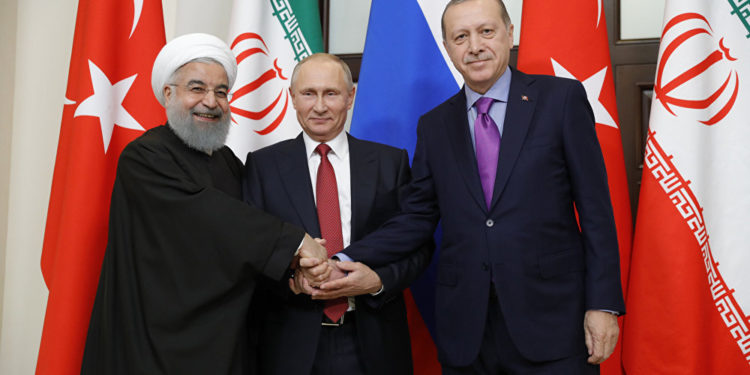 A Russian source and another from the Syrian opposition said that the matter of forming the constitutional committee will be resolved during the Astana guarantors summit expected on Monday in Ankara.

A Russian source told Brocar Press that the Russian president’s special envoy to Syria, Alexander Lavrentiev, on Sunday transferred a message to Bashar al-Assad, calling on him to end their opposition of one of the names, so that a full list can be put forward at the meeting between Russian President Vladimir Putin and Turkish President Recep Tayyip Erdogan and Iranian President Hassan Rouhani.

The formation of the constitutional committee has been expected since the last Astana guarantors summit in February. But regime objections to six of the names on the civil society list held up its formation.

The idea of the constitutional committee was put forward by Moscow at the Syrian National Dialogue conference in Sochi at the end of January 2018. The committee includes 150 members, with the regime naming 50 of them, the opposition 50, while the previous UN Special Envoy to Syria, Staffan de Mistura, selected 50 members of independents and specialists. Mistura left his post at the end of last year without reaching a result.

The new envoy, Geir Pedersen, has continued his efforts to form a constitutional committee, with Russia’s focus on the Astana and Sochi tracks to supplement the Geneva track.

A leadership source in the Syrian opposition told Brocar Press that, “one name was agreed upon at the summit of the three presidents, which was the Shammar tribe sheikh Humeidi Dahman al-Jarba, who Turkey had objected to because he had allied with the Syrian Democratic Forces.”

The opposition source said that, “the regime and Russians and Iranians wanted more time to form the constitutional committee, which had already taken more than a year and nine months, but the French threats to remove the committee from the political solution process, might have led to faster agreement for its formation.”

The Small Group convened preparatory meetings with experts and international envoys in Geneva on Thursday, as well as a broader meeting with Pedersen and a reduced-size delegation from the Negotiations Committee headed by Nasr al-Hariri. They discussed the French proposition that called for direct elections to get past the constitutional committee obstacle.