An airstrike from an unknown attacker left at least 18 pro-Iranian fighters dead in the region of Albu Kamal near the border with Iraq reports Al-Araby al-Jadeed. 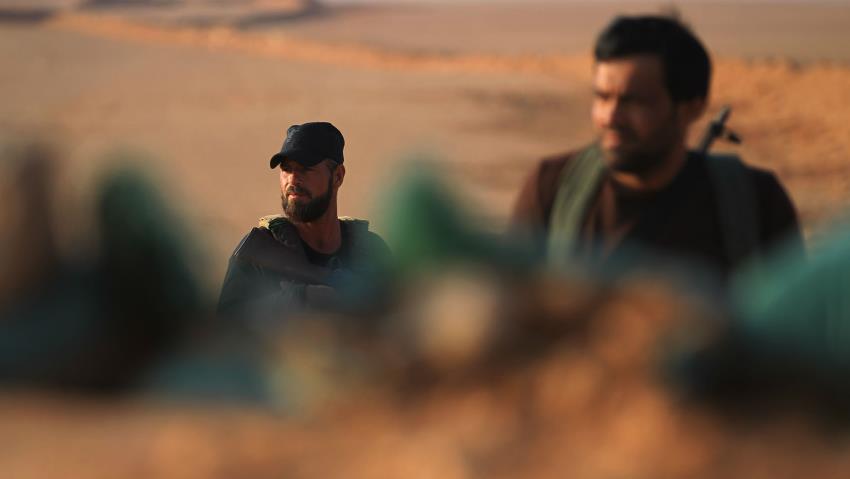 At least 18 fighters were killed after unknown airstrikes struck positions of pro-Iranian forces and allied militias in eastern Syria overnight, a war monitor said on Monday.

It was not clear who carried out the raids in the region of Albu Kamal near the border with Iraq, according to the Syrian Observatory for Human Rights.

The Britain-based Observatory, which has a vast network of contacts across Syria, said “18 fighters were killed, but their nationalities have not yet been determined”.

Albu Kamal lies in Deir az-Zour province which covers much of Syria’s remote eastern desert, where the Islamic State group’s so-called “caliphate” made its last stand this year.

Control of the area is split between US-backed Kurdish fighters and groups aligned with the Damascus regime, which is supported by Iran and Russia.

An American official said at the time that Israel was responsible, but the Jewish state declined to comment.

Israel has carried out hundreds of strikes in Syria targeting what it says are positions of Lebanese Shia movement Hezbollah and Iranian forces, which it has vowed to prevent gaining a foothold on Syrian territory.

Pro-regime forces in Deir az-Zour are operating with the backing of various foreign armed groups including Iraqis and Iranians.

The Kurdish-dominated Syrian Democratic Forces control a swathe of territory further north in the province, which it seized from the Islamic State group in a months-long campaign backed by US-led coalition forces.

The agreement reached on August 7 aims to establish a “safe zone” between the Turkish border and the Syrian areas east of the Euphrates river controlled by the Kurdish People’s Protection Units militia.

The YPG is an ally of the US but seen as a terrorist organisation by Turkey.

Turkish President Recep Tayyip Erdogan has threatened to launch an operation against the YPG in Syria unless progress is made on setting up the safe zone.

Damascus said it strongly opposes the joint patrols, calling it a flagrant “aggression” that seeks to prolong the country’s eight-year conflict.

The Syrian government also reiterated its “absolute rejection” of a planned safe zone in the area, calling it a violation of Syria’s territorial unity.

“The Syrian Arab Republic condemns in the strongest terms the joint patrols conducted by the United States and the Turkish regime,” said state news agency SANA, citing a foreign ministry source on Sunday.

The source described the patrols as an “aggression” that “aims to complicate and prolong the crisis in Syria,” SANA added.

The Syrian conflict, which broke out in 2011 with the bloody repression of anti-regime demonstrations, has become a complex war, dragging in regional and international powers and leaving more than 370,000 people dead.