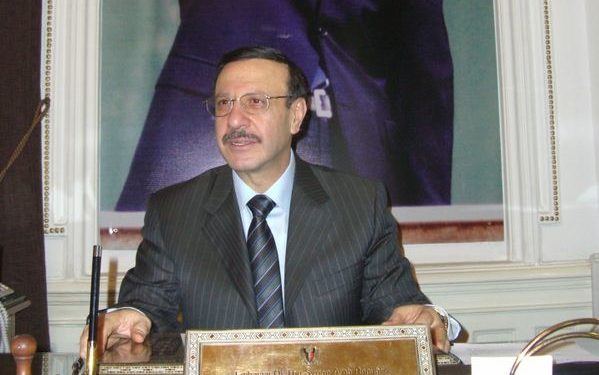 The Romanian Newsweek magazine quoted sources from the Syrian opposition community in Romania as saying that the Syrian ambassador to Romania, Walid Osman, had met the same fate as his son-in-law Rami Makhlouf, the cousin of Bashar al-Assad, and was put under house arrests based on orders from the regime head.

A year ago, 120 companies from Romania took part in the Syria reconstruction conference organized at that time by the Syrian Ambassador to Romania.

This year, it was expected that 250 companies from Romania would take part in the Damascus International Fair, but only the Ambassador Walid Osman took part, with six Syrian businessmen still supported by the regime. After the delegation helped open the fair, the participating businessmen were allowed to return to Romania, but without their ambassador, according to sources from the Syrian community in Romania.

Suddenly Walid Osman found himself caught between the hammer and anvil in Damascus, because he is the father of Rami Makhlouf’s wife, Assad’s cousin, who was until recently the clan’s businessman, and maybe its richest member, and is now under house arrest in Damascus.

Makhlouf had controlled 60 percent of Syria’s economy, and really ran the “clan” and had controlled its dealings in gas, oil, transport, and mobile phones (SyriaTel) and antiquities dealings—and even prostitution.

Recently Makhlouf also entered into the humanitarian field, which has proved an extremely profitable field with profits in the billions of dollars, since the United Nations began to cooperate with the Damascus regime to send humanitarian aid to residents. This aid had been managed by Makhlouf and members of the clan.