The Syrian National Coalition has described the actions of the regime as international crimes and called for support from the international community. 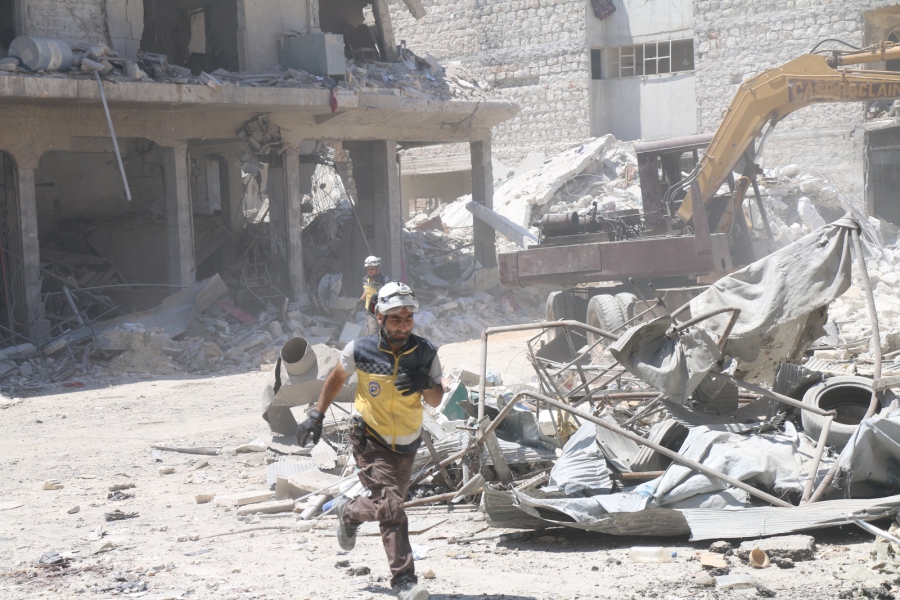 In a press release issued on Monday, the Syrian National Coalition said that the crimes of the Assad regime and Russia do not serve a purely military purpose, adding that the targeting and killing of civilians is the main objective of the military operations, which turns the nature of these crimes into international crimes with international repercussions.

The Assad regime and Russian forces stepped up their bombardment on rural Hama and Idleb provinces recently. At least 50 people were killed by Russian airstrikes and barrel bombing by regime helicopters in the past few days.

The initial death toll indicated that no fewer than 20 people, including women and children, were killed in airstrikes by the Russian occupation forces on a crowded market in the town of Maaret al-Nu’man on Monday morning.

“Over the past few hours, towns and villages in the provinces of Hama and Idleb have been subjected to brutal shelling. The death toll continues to rise and includes civil defense volunteers and first responders,” the Coalition said.

These victims are not mere numbers; they have names, families, and friends. They were cherishing the hope that they will see an end to this war. They once had ambitions to contribute to the reconstruction of their homeland and achieve their dreams, just like the hundreds of thousands of people who were killed during the course of the Syrian revolution.

“It is clear that the Assad regime and its allies will insist on pursuing their tyrannical, dictatorial and oppressive policies. They cannot even consider alternative options other than mass murder.”

The Coalition added: “It is imperative, therefore, that the international community shoulder its responsibility with regards to the atrocious ongoing crimes aimed at undermining efforts to resume the political process.”

The Coalition reaffirmed that the United Nations and the international community, especially the main stakeholders, are capable of and have an obligation to put an end to these crimes, most notably the mass killings and forced displacement of innocent civilians and to reinvigorate the political process in accordance with international resolutions.