A Ramadan television series has caused anger among Syrians by mocking the White Helmets and the victims of chemical attacks writes Al-Araby al-Jadeed. 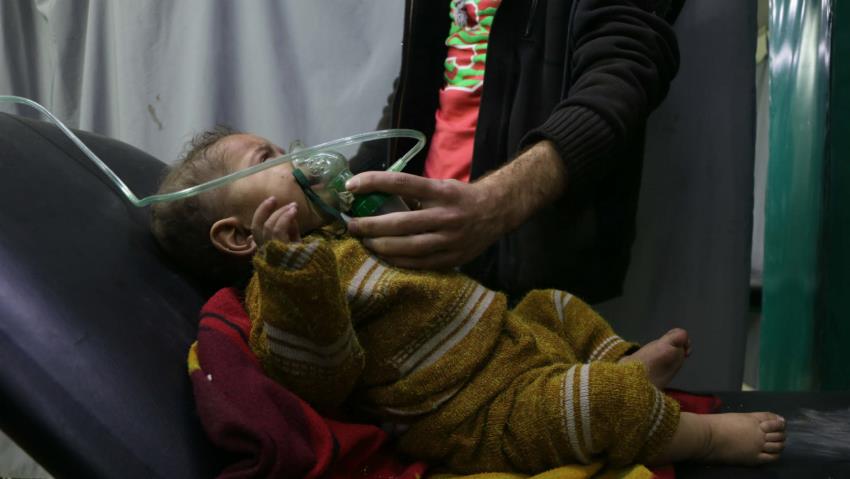 A Syrian TV series launched during Ramadan has mocked the victims of chemical attacks carried out by the Assad regime during the country’s devastating war.

An episode of the comedy series, entitled Kontak, ridicules the White Helmets, a volunteer rescue group, by depicting them staging chemical attacks.

In one episode, a young man is lying on his back and pretending to be a victim of a chemical attack.

He is flanked by a woman and two men dressed as rebel fighters and White Helmets, with one of them holding a camera and the other asking the woman to “cry louder”.

The show was aired on Syria’s Lana TV channel, owned by close Assad-ally Samer Foz, a tycoon who has made a fortune during Syria’s brutal war.

The episode sparked anger among many Syrians on social media, who accused the programme of trivialising the victims’ lives and “blood”.

Artist Sawsan Arsheed described the work as “a betrayal of logic and morals”.

“I’m not surprised that actors who spend their time clowning around for film production companies and for the state… get a film role or pseudo-role to whitewash the regime and trample over children’s corpses,” said the artist.

The White Helmets, officially-known as the Syrian Civil Defence, have saved thousands of people in rebel-held parts of Syria, arriving at the scene of airstrikes and barrel bombs to rescue people from the rubble and provide first aid.

Founded to help victims of regime airstrikes, the White Helmets are themselves deliberately and frequently targeted by the Syrian regime and its ally Russia, who also attack hospitals and medical facilities in opposition-held areas of Syria.