The United States has developed a new strategy that aims to curb the influence of Iran in Syria, but makes little mention of political resolutions to the crisis writes Asharq al-Awsat. 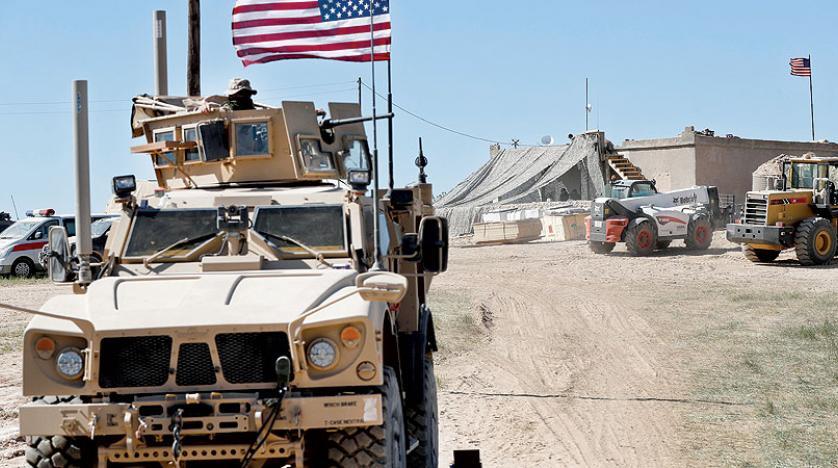 A US document revealed a “new strategy” that would turn Syria into a regional and international arena, diminishing Iran’s influence and the US-Russian tension.

It shows less serious search for a political solution in accordance with its previous formula that is based on “political transition” and meeting the Syrian people’s aspirations.

Hundreds of members of the US Congress signed a letter to President Donald Trump arguing that the United States should remain engaged with the conflict in Syria, saying they were “deeply concerned” about extremist groups in the country.

It showed how little they have become concerned with the Syrian internal affairs, and did not refer to resolution 2254 or the political solution.

“The conflict in Syria is complicated, and the potential solutions are not perfect, but our only choice is to advance policies that can stop the growing threats to US interests, Israel and regional security and stability. This strategy requires American leadership,” said the letter, signed by nearly 400 of the 535 members of the House of Representatives and Senate.

“As some of our closest allies in the region are being threatened, American leadership and support are as crucial as ever,” the lawmakers wrote.

The letter contained four threats posed by the situation in Syria, which are terrorism, Iran, Russia, and Hezbollah.

“Pockets of ungoverned space have allowed terrorist groups, such as ISIS, al-Qaeda and their affiliates to keep parts of Syria in their stranglehold,” it said.

“These groups’ ability to recruit, propagandize, and grow is alarming. Though their main purpose now may be to fight inside Syria, they retain the ability and will to plan and implement attacks against Western targets, our allies and partners and the US homeland,” lawmakers noted.

They pointed out that the region has also been destabilized by the Iranian regime’s threatening behavior.

In Syria, they said, “Iran is working to establish a permanent military presence that can threaten our allies.”

Additionally, Iran continues its program to pursue a direct overland route from Iran to Lebanon, they said, adding that connection would better facilitate Iran’s supplying of Hezbollah terrorists and other Iranian-backed militias with deadly weapons.

“While our nation has encouraged more stable and inclusive political systems in the Middle East, the regime in Tehran has spread its influence and destabilized its neighbors for its own gain.”

Russia is also working to secure a permanent presence in Syria, beyond its naval facility at Tartus.

It has changed the arc of Syria’s civil war at the expense of Syria’s people by employing Russian troops, aircraft, and diplomatic protection to ensure the survival of the Assad regime, the letter stressed.

By providing Damascus with advanced weapons like the S-300 anti-aircraft system, lawmakers said Moscow is complicating Israel’s ability to defend itself from hostile action emanating from Syria.

Russia’s destabilizing role only complements that of Iran – since Russia shows no willingness to expel Iranian forces from Syria, they wrote.

Hezbollah now poses a more potent threat to Israel as well, according to the letter.

“From Lebanon, Hezbollah has aimed more than 100,000 rockets and missiles at Israel that are increasingly more precise and of longer-range, giving the terrorist group the capability to strike anywhere in Israel.”

Lawmakers urged Trump to adopt a new strategy including three main elements, which are Israel’s right to self-defense, pressure on Iran and Russia with respect to activities in Syria, and increased pressure on Hezbollah.