Regime forces retake Kafr Nabudah, accusations of chemical weapon preparations, refugees deported from Beirut airport and journalists targeted in Idleb. Catch up on everything that happened over the weekend. 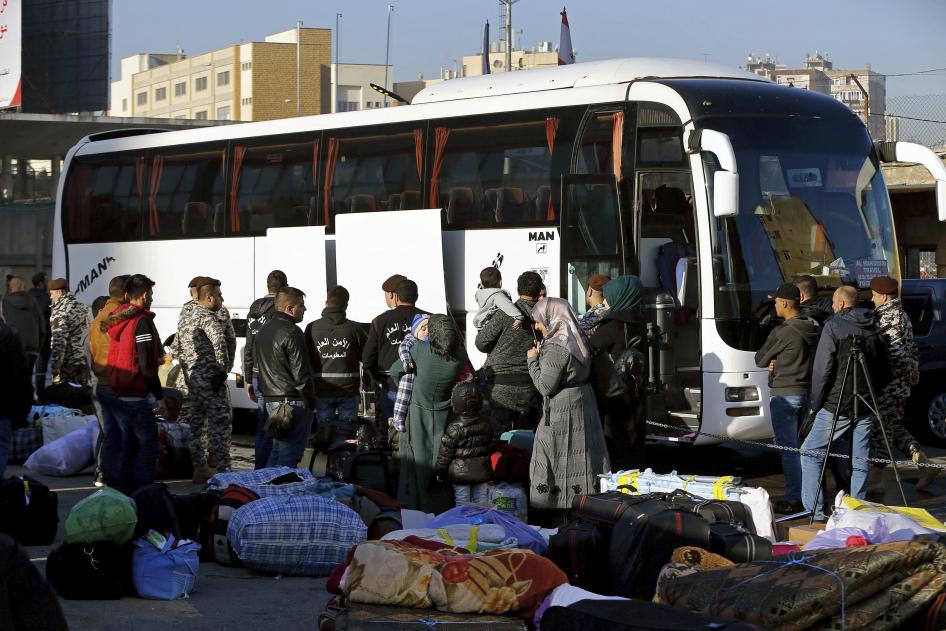 1. Regime forces have retaken the village of Kafr Nabudah in the northern suburb of Hama once again, after the opposition factions took control after a counter-attack last week. Russian warplanes provided air cover during Sunday’s battle, carrying out more than 100 airstrikes on the town in a single day. A commander in the Free Syrian Army (FSA) told Al-Souria Net that the Assad forces had now entered the town, but that will be temporary, as, “the factions will not allow them to stay in the town, and will work to restore them in the coming hours.” Pro-government Facebook groups on hailed the “Tiger Forces” as they entered the town. On Wednesday, the FSA along with other military factions started a new offensive on the northwestern Hama front after advancing and taking control of the town of Kafr Nabudah, following a counter-attack in which Assad’s forces suffered heavy losses.

2. The Syrian government news agency SANA reported that opposition organizations in Hama’s northern countryside and Idleb, have, “undertaken, with help of experts from Belgium, France and Morocco, preparations for the use of chemical weapons against civilians.”  This move, according to the official agency, is an attempt to face off against, “any advance by the Syrian army and create the conditions for a US-western aggression on Syria, similar to what happened in April 2018.”  Local sources in Idleb said that terrorists from Jabhat al-Nusra held, a number of meetings with terrorists from al-Hizb al-Turkistani, Jaish al-Ezza and the White Helmets, who later gave orders to leaders of terrorist groups, “to use chlorine gas in the event that the army makes advances on any front in Hama, Lattakia or Idleb countryside.”

3. Lebanon summarily deported at least 16 Syrians, some of them registered refugees, on Apr. 26, 2019, after they arrived at the Beirut airport, Human Rights Watch reported. At least five of the 16 had registered with the United Nations refugee agency (UNHCR), and at least 13 expressed fears of torture or persecution if returned to Syria. “Lebanese authorities shouldn’t deport anyone to Syria without first allowing them a fair opportunity to argue their case for protection and ensuring that they don’t face a real risk of persecution, torture, or other serious harm,” said Lama Fakih, acting Middle East Director at Human Rights Watch. “Despite heated rhetoric calling for Syrians to return home, and coerced ‘voluntary’ returns, there continues to be significant risk of harm for refugees who return to Syria.”

4. Syrian government forces attacked a group of journalists and civilians in Idleb province, the last rebel outpost in Syria, British broadcaster Sky News reported. Sky New’s Special Correspondent, Alex Crawford, and her crew were filming in the town of al-Habit when they were attacked in a series of strikes on Tuesday. The crew said military drones were first used to pinpoint their location. “The Sky News crew – clearly identified as journalists – was deliberately targeted and attacked by Syrian regime forces using military drones to pinpoint our location, before launching a series of strikes,” Crawford wrote for the Sky News website.

5. Syrian journalist Mazen al-Shami and his family were tortured by Turkish border guards while attempting to illegally enter Turkish territory. Smart News quoted Shami as saying that the border police held him and 20 other civilians, including 12 women, his wife and four of his sons, as they attempted to cross the northern border of Idleb province, and beat them severely after searching their phones and tools of their profession. He added that the border police took them to a post in Rihaniya province, and individually tortured them using several methods, including beating with shovel and flooding their heads with a pot of water to the point of suffocation and beating them with cable. Shami pointed out that he had repeatedly tried to communicate with opposition figures and platforms to secure the departure of him and his family from Syria to Turkey, after being subjected to a high level of harassment, but he did not receive any response, and decided to exit through one of the smuggling routes.