The Syrian National Coalition has expressed concern about the ongoing violence in Idleb and the Hama countryside and commended foreign countries for their condemnation. 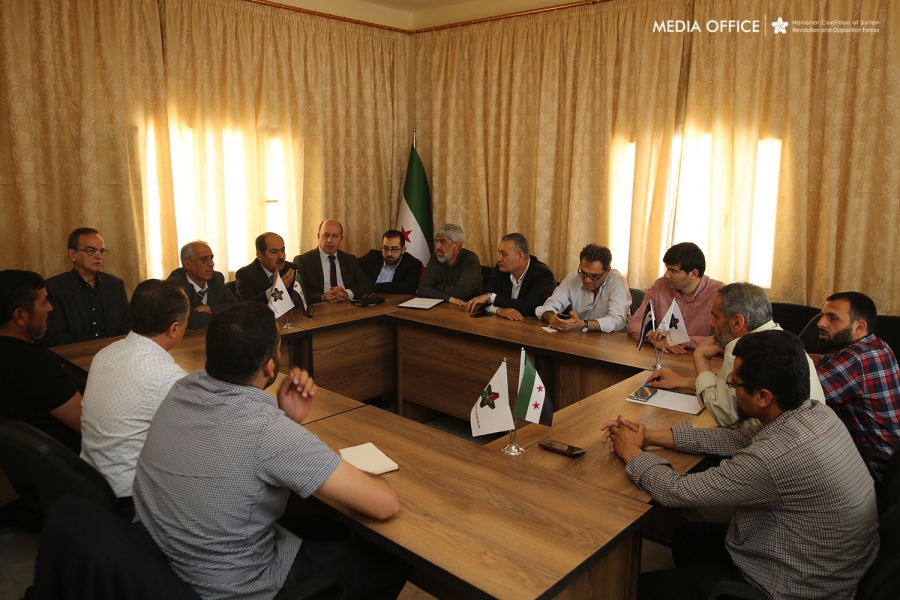 On Thursday, the Syrian National Coalition’s political committee held its regular meeting at the Coalition office in the countryside of Aleppo.

The meeting discussed the situation on the ground in the liberated areas, the Russian-Iranian aggression in Idleb and the countryside of Hama and the mass displacement of civilians in the region.

President of the Syrian National Coalition, Abdurrahman Mustafa, said that the brutal airstrikes on civilians in Idleb and Hama have so far killed more than 350 civilians, including many women and children, as well as displacing more than 300,000 people. The bombings also caused massive destruction to civilian homes and infrastructure, hospitals and schools.

President Mustafa called for an immediate halt to the aggression on Idleb as he commended the international outcry over the assault. He also praised efforts by sisterly and friendly countries to pressure Russia to stop its support for the aggression and to refrain from launching further attacks on civilians.

The political committee discussed mechanisms of communication and interaction with civil bodies in the liberated areas. It met with representatives of local councils and discussed with them the situation of services and the displaced people from the areas that were occupied by the Assad regime and the Iranian militias.

The Syrian National Coalition has recently opened an office in the countryside of Aleppo and began to communicate with the local councils and directorates active in the liberated areas and the civil society organizations in Syria.