Following military tests, a number of officers from the regime's army were chosen to travel to Russia to undertake specialized training writes Zaman Al Wasl. 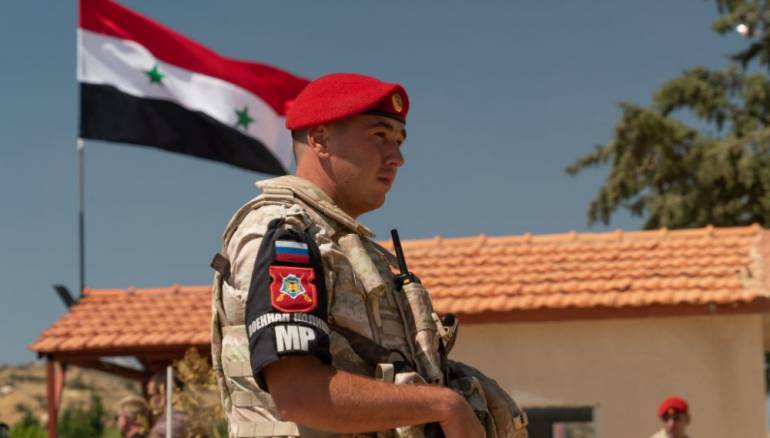 The officers who hold the ranks of Major, Lieutenant Colonel and Colonel, were chosen from a large number of regime officers in 2018 by a team of specialists, supervised by officers of the Russian Staff, after passing all the standard and military tests. They were selected by the Russians according to the grades obtained on the tests, in a show of the regime’s negligence of its role in the selection of these officers.

The source revealed that the course will last for one year, starting from January, pointing out that the officers consist of various military specialties and from various social strata in Syria.

This move may be in line with the vision of the Russian leadership for the future of the regime’s army after Assad; especially since Russia became an occupying state or a guardian of the regime after it obtained the right to keep its air, naval and land forces at the Hemeimeem airbase and the Tartous naval base for 49 years, renewable for 25 years and after it took over gas, oil and phosphate in the central region.

In 2012, the Higher Military Academy of the regime’s army in Damascus stopped the training of officers in the Academy at its three faculties: the Command and General Staff College, the Institute of National Defense, and the Higher War College, because of the conditions of the war waged by the regime on the people.