The attack by Hay’at Tahrir al-Sham is a response to the violations of the Sochi and Astana agreements by regime and Russian forces reports Hurriya Press. 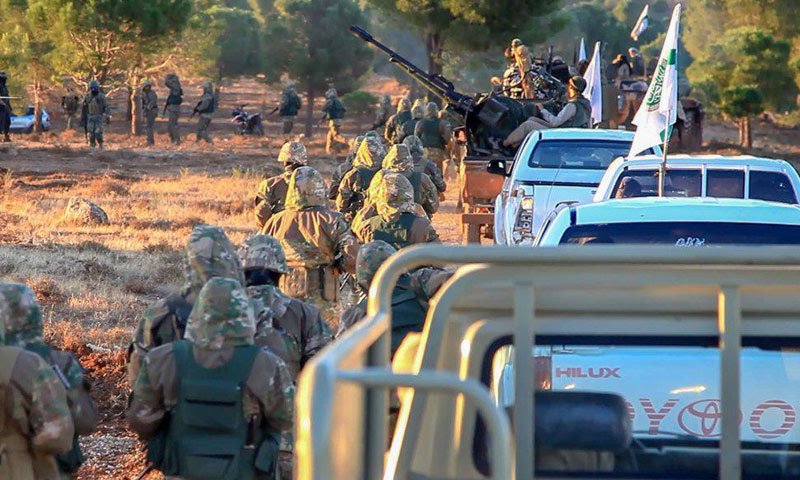 On Monday, Hay’at Tahrir al-Sham announced that it had killed a number of Assad’s forces in a surprise attack on positions neaar Qalaat al-Madiq in western Hama.

The group’s Abaa agency said that 13 members of Assad’s forces were killed by members of the Jaysh Abou Bakr group, during an attack on the al-Athar checkpoint east of Qalaat al-Madiq in the western Hama countryside.

The Assad regime has not officially commented on the attack, while loyalist pages on social media said that the regime forces stationed in the al-Habouseh and al-Athar areas were subjected to a surprise attack which left dead and wounded.

This attack comes days after similar attacks carried out by Tahrir al-Sham and the Hiras al-Deen faction on the front lines in the southern Aleppo countryside, which killed 45 members of Assad’s forces and wounded others.

Meanwhile, Assad’s forces and its supporting militias carried out  systematic heavy artillery and rocket bombardments on cities and towns in the Idleb and Hama countrysides, amid silence about the regime violations from the Russia, who are guarantors to the Astana and Sochi agreements.

The attacks on regime positions comes in response to the ongoing violations, which in recent days have killed and wounded hundreds of civilians in the Idleb and Hama countryside.