Israeli airstrikes on Hama’s countryside, regime airstrikes in Idleb, Turkish reinforcements sent to the border and Leishmaniasis disease spreads across Raqqa. Catch up on everything that happened over the weekend. 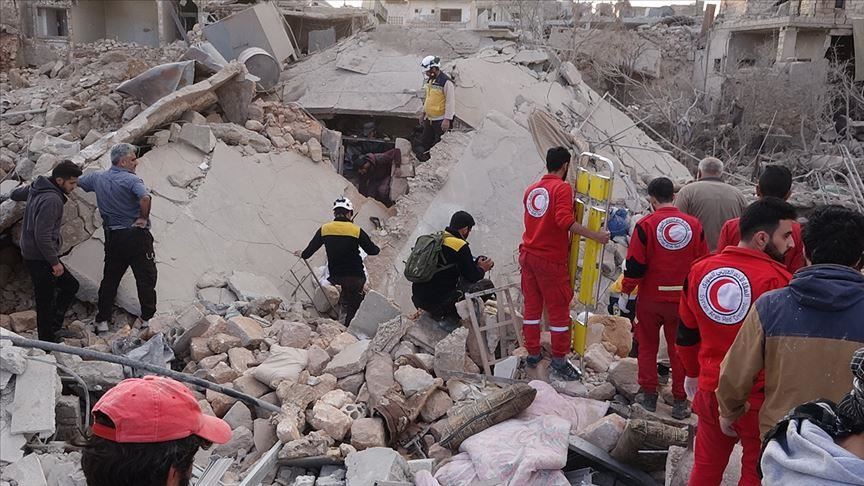 1. Syrian air defenses intercepted an Israeli aerial attack that targeted military positions in Masyaf city and surrounding areas in the Hama countryside. A military source told SANA that: “at about 2:30 a.m. on Saturday, warplanes of the Israeli enemy carried out an airstrike … against one of the military positions towards Masyaf city.” The source added that regime defenses immediately intercepted the hostile missiles and downed some of them before they reached their targets. It said that the attack caused the destruction of some buildings and injured three fighters. But the Syrian Observatory for Human Rights said that the strikes targeted a medium-range missile development center, and killed a number of Iranian fighters and injured 17 members of the regime forces and militiamen loyal to them. Speaking to AFP, Observatory director Rami Abdul Rahman revealed that several Iranian fighters were killed in the attack, “but we have not been able to determine their number so far.”

2. Five civilians were injured in a regime airstrike in Syria’s northwestern Idleb province, according to the White Helmets Civil Defense on Sunday. The White Helmets said on their Facebook page that three children were among those injured in the attack.

On Saturday, Syrian Kurds repatriated 25 women and children from Iraq’s Yazidi minority after freeing them during the final push against the Islamic State, a local official said. Al-Araby al-Jadeed reported that the US-backed fighters say they rescued some 300 Yazidi women and children during the fight to take the jihadists’ last scrap of territory in eastern Syria.

4. A source at the Aleppo Police Command told SANA that, on Sunday, terrorist groups positioned in the northern countryside fired rockets on al-Nile street and the al-Khalidiya neighborhood in Aleppo city, killing six civilians and injuring others, and causing material damage to public and private properties.

5. Turkey has sent more commando units to reinforce its southern provinces near its border with Syria. According to Asharq al-Awsat, a military convoy transporting commandos arrived in the southern Hatay province as part of Turkey’s recent military reinforcements overnight Saturday, before they headed to the area adjacent to Syria’s Idleb region. Turkey has been reinforcing its military presence on the border with Syria days after a visit by President Recep Tayyip Erdogan to Moscow where he met with his Russian counterpart Vladimir Putin. The two leaders agreed on launching joint patrols in Idleb.

6. A medical centre has reported the spread of Leishmaniasis disease across the eastern province of Raqqa. Dr. Youssef Al-Naimi, head of the health center of  Karama town, in Raqqa, told Zaman Al Wasl that 4,000 Leishmaniasis cases had been recorded, mostly among children in areas close to the sewers of the Euphrates River and due to the lack of protective pesticides.