Arrests in eastern Ghouta, continued suffering at the al-Rukban camp, five dead in Hama and al-Sisi pledges support for a political resolution. Catch up on everything that happened over the weekend. 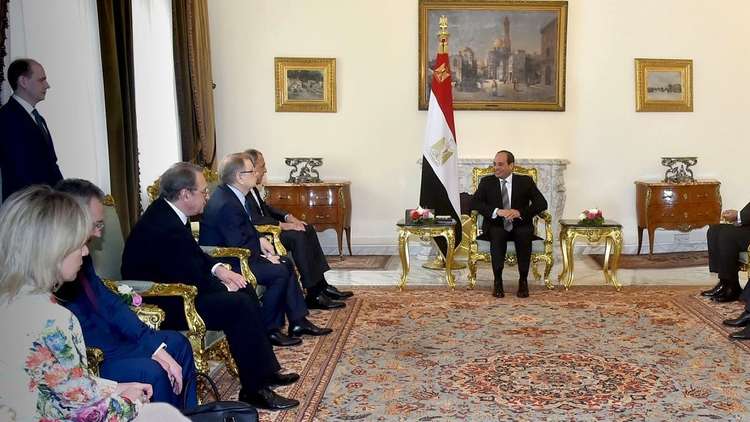 1. At least 12 residents from eastern Ghouta were arrested by the regime security last week as the regime continues to track young men who escaped conscription. The arrest campaign, Zaman Al Wasl reported, took place in Kafr Batna, Harasta and neighboring suburbs east of the capital, local activists say.  Most of the young men in the capital’s eastern suburbs have rejected the regime’s conscription call but the reconciliation deals have imposed a new de-facto. They should join the army or face the prospect of being arrested by the military intelligence.

2. The ignored camp of al-Rukban is witnessing continuing tragic situations that affect tens of thousands of people. The prices of the food in the camp continues to rise, amid a lack of milk for babies and some medicines that the camp’s inhabitants need. The regime continues to block access to the camp, which is pushing people to take the risks. According to the Syrian Observatory for Human Right (SOHR), those departing have not guarantees. The number of those who have left the camp since February 2019, reached about 700, the largest batch of them (150 people) left last week.

3. Five people were killed in shelling that targeted Missyaf National Hospital, in Hama Province, including two from the hospital’s cadre. Fifteen civilians, four of them from the hospital’s cadre sustained wounds of varying severity. According to the government-owned al-Thawra, “Terrorist groups, positioned in the countryside of Hama and Idleb, on Sunday morning, fired rockets on Missyaf City in the western countryside, with a number of shells falling on the entrance of Missyaf National Hospital and the Children Department.”

4. Egyptian President Abdel Fattah al-Sisi affirmed that work and coordination with Russia will continue to expedite reaching a political resolution for the crisis in Syria. An Egyptian presidency spokesman was quoted by Russia Today as saying that: “Sisi affirmed during his meeting with Russian Foreign Minister Sergey Lavrov on Saturday the need for, containing terrorist elements and ensuring that they do not cross over to other areas in the region.” The meeting tackled means of enhancing joint counter-terrorism efforts, with Sisi underlining the danger posed by some sides and countries that support terrorist groups and organizations.