The attacks by Hay’at Tahrir were in response to the increased attacks by the regime in Idleb, Aleppo, Hama and Lattakia reports Al-Modon. 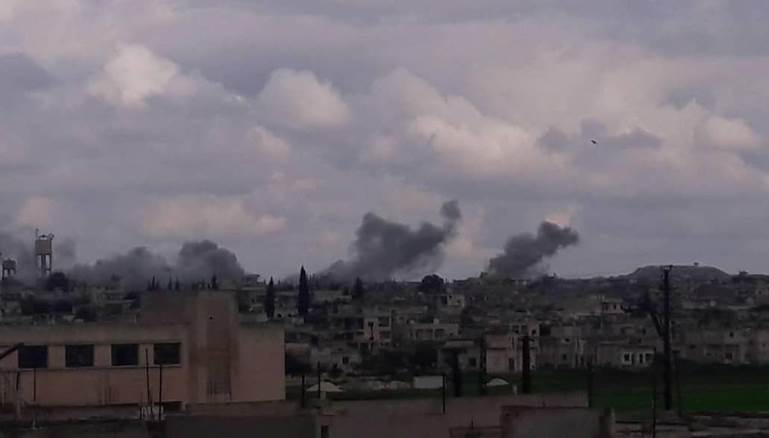 At least 15 members of the Taha Regiment in the the Tiger Forces were killed and wounded on Thursday after their position was struck by anti-armor Konkurs rockets on the Sham al-Hawa front between Abou Dali and al-Khawin al-Kabir in the southeastern Idleb countryside, according to Al-Modon’s correspodent Khalid al-Khatib.

Hay’at Tahrir al-Sham claimed responsibility for the operation and said that it was part of the “Heal the Hearts of the Believers” series of operations, in response to attacks by regime militias and its Russian ally, which have continuously targeted the towns and villages of Idleb and the Aleppo, Hama, and northern Lattakia countrysides with air, artillery and rocket bombardment.

Loyalist media sites acknowledged the deaths of five members of the Taha Regiment from the Tiger Forces, which is loyal to Russia, and headed by Suhail al-Hassan.

Over the last three days, regime militias in Aleppo have lost fighters at various positions on fronts in the city’s western districts, some of them killed by opposition mortar bombardments and others in sporadic clashes on the al-Rashideen and Jamaat al-Zahraa fronts.

Regime militias used rockets and artillery on Wednesday night to strike more than 25 towns in Idleb and the Aleppo, Hama and Lattakia countrysides. The militia bombardment focused on Kafr Zeita, Bidama, al-Khawin al-Kabir, Umm Jalal, Umm al-Khalakhil, Khan Sheikhoun, Khan al-Asal, Juwir al-Ais, and the villages of Qalaat al-Mudaiq and other cities and towns around Idleb.

Russian warplanes carried out more than five air raids on Tellet al-Nabi Ayyoud near the town of Jouzif in the Jabel al-Zawiya area in the southern Idleb countryside. The positions, which the Russian warplanes struck, included wireless communication towers controlled by Tahrir al-Sham. It is not yet known whether the strikes caused causalties among fighters at the positions.