The Syrian National Coalition have emphasised the unity of the Syrian territory and the international laws that govern the Syrian Golan. 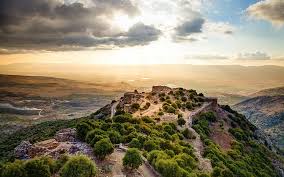 President of the Syrian National Coalition, Abdurrahman Mustafa, warned of the repercussions of the US’s recognition of the Syrian Golan as part of the Israeli entity, stressing that it is an “occupied Syrian land.”

Speaking to the Anadolu news agency, President Mustafa said, “We always emphasize the unity and integrity of the Syrian territory and that the Golan is a part of Syria that is occupied by the Israeli occupation. International resolutions are clear in this regard.”

President Mustafa pointed out that the latest statements from the US about the Golan, “constituted a violation of international resolutions. The Syrian people want to preserve the Syrian land and we will maintain sovereignty of all Syrian territory.”

President Mustafa stressed that the US position, “will not contribute to security, peace and stability in the region as he warned that chaos will continue. Reneging on this position is very necessary as it violates international law.”

President Mustafa’s remarks came in response to US President Donald Trump’s signing on the decision to recognize the sovereignty of the Zionist entity over the entire Golan, which has been occupied since 1967.