Freezing temperatures and heavy rain has made compounded the misery of refugees and caused the death of 15 children reports Zaman Al Wasl. 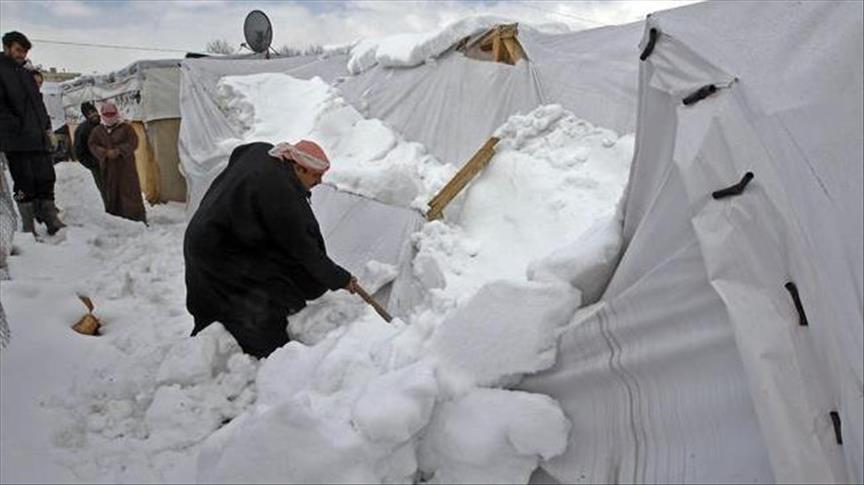 Fifteen Syrian children have died in one month because of the severe cold weather and a lack of medical care, UN children’s agency UNICEF said on Tuesday.

“Freezing temperatures and harsh living conditions in the al-Rukban camp, on the southwestern Syrian-Jordanian border, are increasingly putting children’s lives at risk,” Geert Cappelaere, UNICEF Regional Director for the Middle East and North Africa, said in a statement.

“In just one month, at least eight children – most of them under four months and the youngest only one-hour old – have died,” he said.

Al-Rukban refugee camp accommodates some 45,000 people, 80 percent of whom are women and children.

Cappelaere pointed out that since December around 10,000 Syrians have fled Hajin area in Syria’s northern Deir ez-Zor province because of fierce clashes between the Islamic State and PYD/PKK terrorist groups.

“The dangerous and difficult journey has reportedly killed seven children – most of them under one-year-old,” the Director said.

UNICEF called on all sides to urgently facilitate the delivery of humanitarian aid to al-Rukban.

“The lives of babies continue to be cut short by health conditions that are preventable or treatable. There are no excuses for this in the 21st century,” he said. “This tragic manmade loss of life must end now.”