Chemical weapon warnings, mounting US-coalition casualties, Kurdish-regime deals and gains by Hay'at Tahrir al-Sham. Catch up on everything that happened over the weekend. 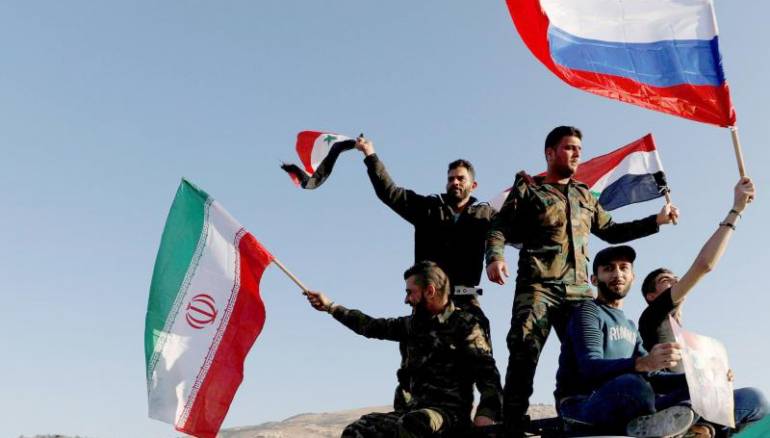 1. US National Security Advisor John Bolton has warned the Syrian regime it should not see the impending US military withdrawal from the country as an invitation to use chemical weapons. The United States has no timeline to withdraw troops from Syria but does not plan to stay indefinitely, a senior State Department official said on Friday, a strong signal that forces could stay until the fight against Islamic State (ISIS) terrorists ends. Asharq al-Awsat quoted an official who asked not to be identified as saying, “We have no timeline for our military forces to withdraw from Syria. It will be done in such a way that we and our allies and partners maintain pressure on ISIS throughout and we do not open up any vacuums for terrorists.”

2. Egyptian authorities have deported a Syrian national for reasons related to “public interest”, according to the official MENA news agency on Saturday. MENA, however, did not give any further details about the reason of the deportation. Local media identified the deportee as Ahmed. F. T, born in 1974.

3. The Foreign and Expatriates Ministry said that the continuous massacres of Syrian civilians and destruction of their houses and livelihoods by the illegitimate US-led International Coalition confirms the necessity to address the disregard showed by countries of this Coalition with regardS to the UN Charter and the provisions of international law. SANA quoted a letter sent by the Ministry on Saturday to both UN Secretary-General and the UN Security Council on the crimes committed by warplanes of the illegitimate US-led coalition in Syria, the last of which were in al-Kishkiah and al-Shaf’a villages in Deir ez-Zor’s southeastern countryside. The Ministry said that since its establishment, the International Coalition’s practices only served to create the appropriate conditions to enable the Islamic State Daesh to survive and expand again.

4. The top commander of the YPG, Sipan Hemo, secretly visited Damascus and Moscow where he offered “a secret deal” that would include handing over border points to the Syrian government in return for accepting a Kurdish local administration with Russia as a guarantor. According to Asharq al-Awsat, the Syrian Democratic Forces (SDF), of which the YPG forms the backbone, controls areas along the border with Turkey in the north and Iraq in the northeast. The offer aims to reach “understandings to fill the gap following the American withdrawal and to cut the road for a Turkish intervention.” In the northern province of Aleppo, al-Qaeda-linked Hay’at Tahrir al-Sham, captured more than a dozen villages from Turkish-backed opposition fighters.

5. Early Sunday, Hay’at Tahrir al-Sham (al-Nusra) forces stormed the city of Atareb in the western part of Aleppo, after the shelling of the city with heavy artillery and was complete, al-Hal has reported. The agreement, which was signed between al-Nusra and representatives of the people of the city, stipulates for the resolve of all the factions of the Free Army in the city, namely “Jabhat Thuwar al-Sham” other groups of the Free Army”. The agreement also stipulated that the city of al-Atareb should be fully affiliated with al-Nusra and The Salvation government, including the service, military and judiciary.

6. Ten civilians, among them children, were killed after the US-led coalition shelled al-Kishkiah town in Deir ez-Zor, less than 24 hours after its massacre against civilians in al-Sha’afa village. Pro-government newspaper Tishreen, reported that a house in al-Kishkiah was razed when warplanes of the US-led Coalition launched an aggression on the town located on the left bank of the Euphrates River in the southeastern countryside of Deir ez-Zor under the pretext of combating Islamic State terrorists in Syria and Iraq, killing ten civilians, including four children.