As the finals for the Asia Cup approaches, opposition activists are using the national soccer team to highlight the crimes of the regime writes Al-Modon. 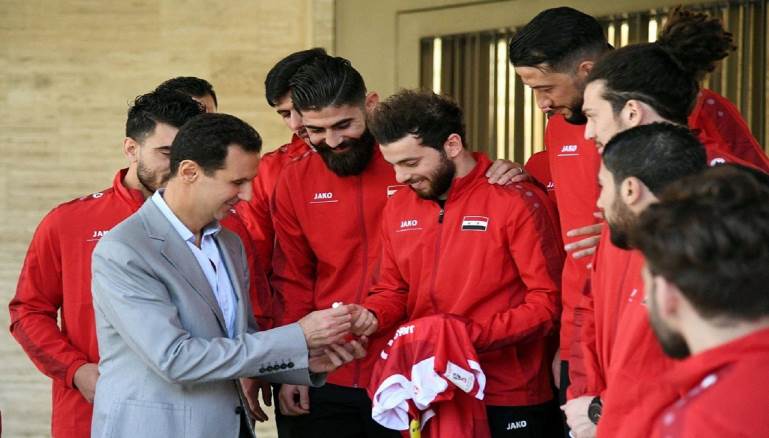 The ongoing controversy around the Syrian national soccer team on social media between regime loyalists and opposition has become a matter of routine since 2017, when the team was turned into a propaganda tool to burnish the image of “Assad’s state” internationally, with a number of “opposition” players joining.

With the approach of the finals for the Asia Cup, opposition activists have launched a social media hashtag titled #mentakhab_barameel (team barrel bomb). By using the hashtag, they are hoping to show that this team does not represent all Syrians, but only the governing authorities. They do not want to be associated with the regime’s brutality and dictatorship and the war crimes carried out in the country, as well as noting that it is not possible to separate sports from politics.

In contrast, regime loyalists have celebrated the team, claiming that they are the national team for all Syrians, and putting out slogans such as, “one nation, one people, one team,” all of which lead to one result, which is that not supporting the team specifically denies your national status and affiliation to Syria.

Activists have shared information estimating the number of athletes who have been victims since the outbreak of the revolution at about 400. More than 100 athletes are still in Syrian regime prisons, while other activists say that, “Syria has never had a national team, because those responsible for it are officers and military figures, as well as the fact that nepotism and bribery control the athletic institutions.”

The heated debate between loyalists and opposition members about whether it is necessary to support the national team or not has taken on the form of hurling insults and exchanging accusations of treason. The scene shows what life in Syria has come to mean under the Assad regime, which has ensured its survival and been consecrated over decades of totalitarian rule, as well as the ongoing questions about the meaning of belonging in a country effectively torn apart by the long war.

Syrian President Bashar al-Assad met with national team members in October 2017, who had nearly qualified for the World Cup at that time, and then signed his name on players’ jerseys and took pictures with the players, who also appeared on the semi-official Sama channel to thank the “national commander” and his “wise leadership,” which provoked widespread controversy.