As well as the thousands of people, over 100,000 trucks containing aid and commercial materials have also crossed from Turkey to Syria reports Anadolu Agency. 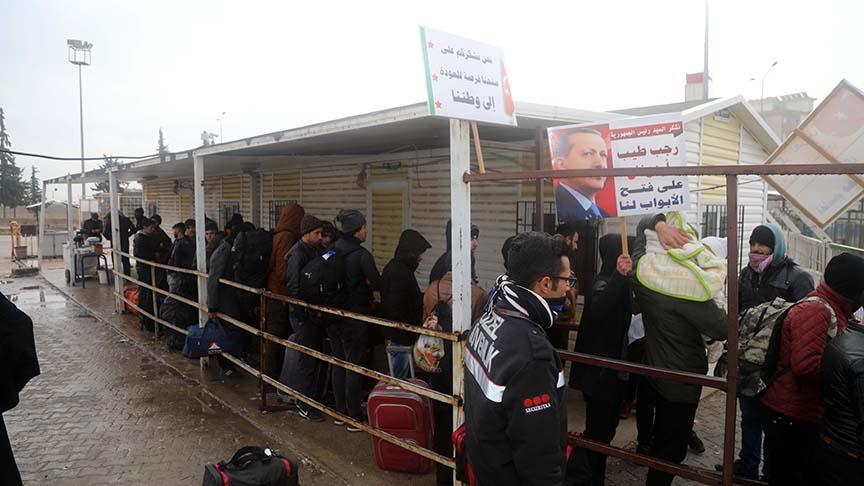 Over 40,000 Syrians left Turkey last year for their hometowns liberated from terrorists in northwestern Syria.

Taking refuge in Turkey due to the civil war in Syria, a total of 40,574 Syrians from different parts of Turkey used the Cilvegozu border gate in southern Hatay province to return to Syria’s terror-free areas of Idleb province.

Syrians headed to their homeland after legal procedures at the border.

This year, a total of 104,000 trucks loaded with humanitarian aid and commercial materials used the same border gate.

Turkey’s Euphrates Shield and Olive Branch operations in northwestern Syria liberated the region from YPG/PKK and Islamic State terrorists, making the return of Syrian civilians to their homeland possible.

“The number of Syrians who returned to their country after the Euphrates Shield and Olive Branch operations is 291,790,” Soylu said.