Despite having previously fled from compulsory military service, the men were now said to happy about joining the army writes Etihad Press. 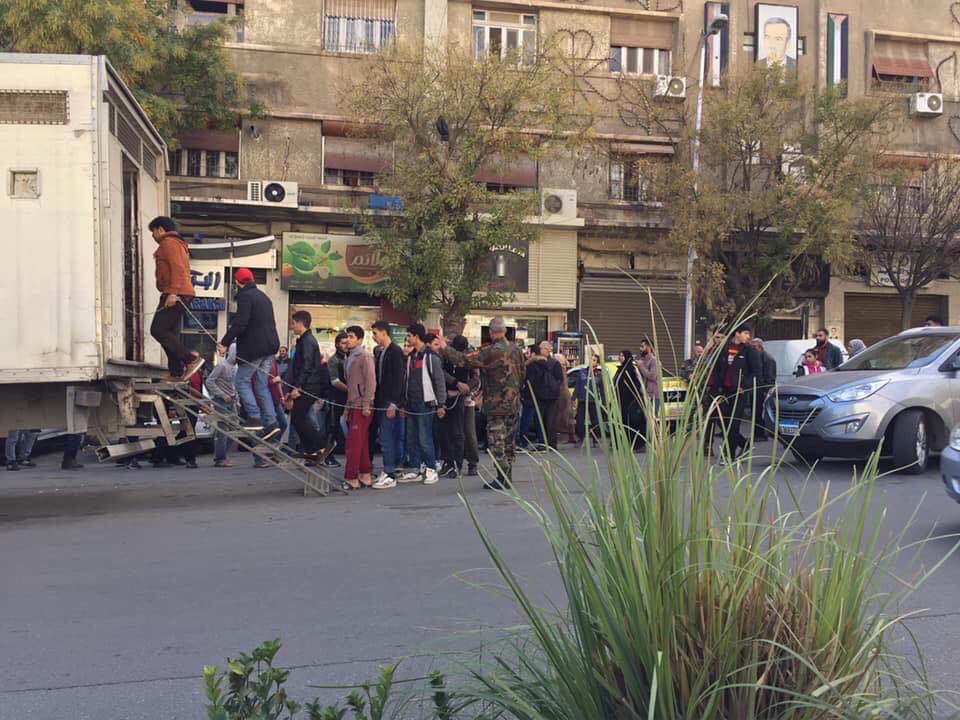 Activists on social media circulated an image showing a number of young men in a long line climbing into a vehicle, along with some members of regime forces, whom the activists said were young men who had not performed military service.

Local sources said that the image was taken in the al-Mezzeh district in the capital Damascus, specifically in the Nazlet al-Eskan area, and that the young men were arrested at one of the “mobile checkpoints” on charges that they had evaded compulsory and reserve service and were sent to perform their service. The vehicle, which appeared in the photo, was one used to transport prisoners.

The regime news agency SANA, issued a report said to be from the main center of the regime forces in the city of al-Nabak in the Qalamoun area in the Damascus countryside, where a number of young men appeared to register for service, claiming some of them had “fled from service to Turkey” and that they “felt happy at their return to the state and the start of their service.”