The Lebanese Army claimed that those arrested did not have the correct documentation, which allows them to be in the country reports Zaman Al Wasl. 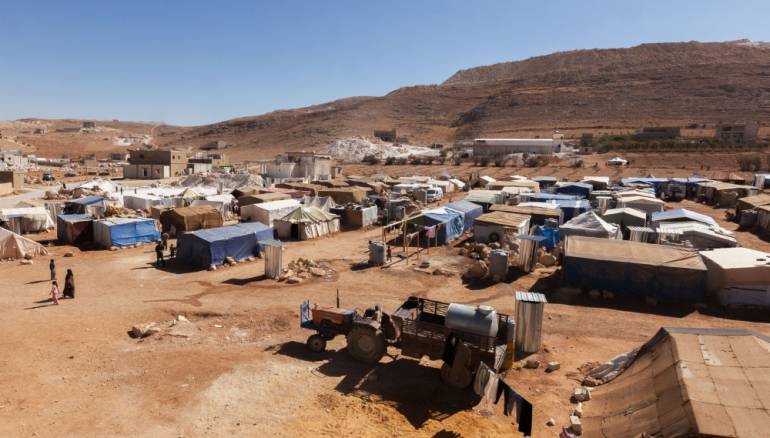 On Wednesday, the Lebanese Army arrested  300 Syrian refugees in the border town of Arsal for not having the “Public Security Card” that allows them to be present on Lebanese territory, activists said.

The campaign took place in 25 camps.

Lebanese media claimed that the campaign was to arrest displaced people wanted by the authorities.

Arsal’s border camps are one of the largest along the Syrian border, with about 80,000 Syrian refugees living in 117 camps.

The conflict has displaced more than 5 million Syrians outside the country, the United Nations says, with more than half displaced to Turkey and most of the rest split between Lebanon and Jordan

Thousands of Syrians are unable to return, because their homes were destroyed in the fighting or because they fear military conscription or retribution by regime forces.

About 55,000 Syrian refugees have returned since July, according to the Lebanese Caretaker Minister of State for Refugee Affairs Mouin Merehbi, a number that contrasts with that announced by General Security, which put the number of returnees at almost 90,000 during the same period.