Attacks in Idleb, returning Syrians from Jordan, airstrikes in Deir ez-Zor and Turkish complaints over US observation posts. Catch up on everything that happened over the weekend. 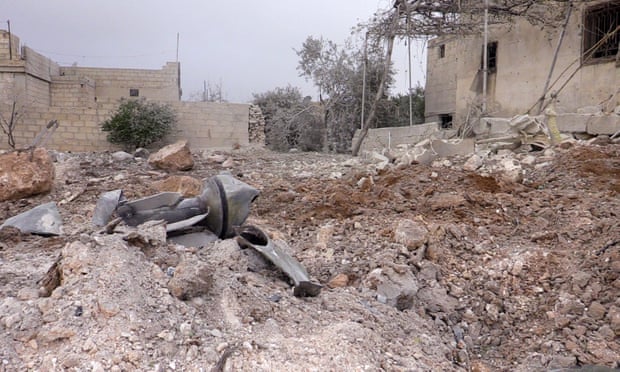 1. On Saturday, Syrian regime shelling killed three children and two women in rebel-held northern province of Idleb, where Russia and Turkey previously agreed on a buffer zone, a monitoring group said. The Syrian Observatory for Human Rights said shells hit Jarjanaz village which lies on the inner edge of the 15-20 km (9-13 mile) buffer zone. The deal to create the demilitarized zone, running along the contact line between insurgent and government territory staved off an army offensive against Idleb.

2. On Saturday, more Syrians returned via the Nasib Border Crossing to areas that the Syrian army retook earlier this year. Over the past four days, the returnees numbered 400 and crossed using temporary passage tickets that were provided by the Syrian embassy in Jordan, after they lost their official documents, SANA reported. The Head of the Immigration and Passports Center at the Nasib Border Crossing, Mazen Ghandour, told SANA that the Center has offered all the necessary facilitations for the returnees as quickly as possible, upon the directives of the Syrian government, to ease the return of the displaced at all border crossings with neighboring countries.

4. Thousands of people have fled the town of Hajin, as clashes intensified between the Islamic State (ISIS) and US-backed forces in eastern Syria, local activists said Saturday. The Kurdish-led Syrian Democratic Forces (SDF) have pressed to uproot ISIS militants from their last pockets near the Iraqi border in a major offensive this week, Zaman Al Wasl reported. The “radical group has shown stubbornness and has advanced into SDF areas, killing dozens of US-backed fighters.”

5. On Saturday, Turkey sharply criticised a US plan to put observation posts in northern Syria designed to help prevent clashes between Turkish forces and Kurdish militias backed by Washington. Turkish Defence Minister Hulusi Akar was quoted by the state-run news agency Anadolu as saying, “We have told our American counterparts about our unease several times.” He added that he recently raised the issue with Joe Dunford, the Head of the US Joint Chiefs of Staff. On Wednesday, US Defence Secretary Jim Mattis said that Washington wanted the observation posts along Syria’s northern border with Turkey to help minimise tensions between the Turks and Washington’s Kurdish allies in the fight against the Islamic State.