With the planned arrival of a Jordanian delegation in Damascus, it is hoped that improved relations will create more economic opportunities reports Damas Post. 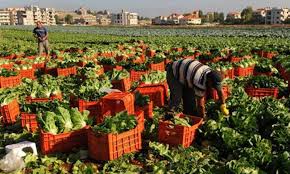 The Rai al-Youm newspaper has said that political and bureaucratic normalization was accelerating between Jordan and Syria, with Damascus set to receive on Monday the first official high-level Jordanian parliamentary delegation.

On the other side, a delegation representing the Syrian agricultural sector is supposed to travel to Amman in an unprecedented acceleration of official communications between the two countries, as arrangements proceed for the post-reopening phase and operation of the Nasib Border Crossing.

Rai al-Youm quoted Jordanian parliamentary sources as saying that relations with Syria were accelerating amid a political desire from both governments and with support from the Jordanian Presidential Palace and the Syrian Republican Palace.

According to the newspaper, whose editor is the writer and journalist Abdel Bari Atwan, Jordanian Prime Minister Dr. Omar Razzaz hopes that Syrian ministers will soon be received in Amman for the first time since 2011, including the tourism and agricultural ministers.

There has been an official announcement of a Jordanian parliamentary delegation. It was arranged by Jordanian Member of Parliament, Tareq Khoury, who is close to Damascus, and will include at least eight MPs from a variety of blocs.

The newspaper added that there has a volley of calls from some MPs who want the fastest possible opening to Damascus.

Meanwhile, the Head of the Jordanian Association of Exporters of Agricultural Products, Suleiman al-Hayari, said that a Syrian delegation from the private sector’s Fruit and Vegetable Export Committee would soon visit Jordan.

According to Rai al-Youm, this means that the Syrian agricultural products, which are favored by Jordanians, will soon flood Jordanian markets in a swift fashion, especially given the developing relations.

Hayari said that the Syrian committee had informed him that the coming visit would be for the purpose of discussing the possibility of activating the agreement signed between the two countries which was operated previously, in preparation for expected commercial activity and connected to the agricultural products between the two countries, which are at their peak during the winter season.

According to Hayari, and according to the Al-Dustour newspaper, within days he will meet the Agricultural Minister Ibrahim Shahahdah to discuss the issue of the two sides complying or not with the agreement signed previously between the two countries, noting that commercial activity between the two had previously been conducted under the Greater Arab Free Trade Agreement, signed in 2005, as well as the deal signed in 2010 which allowed Jordanian exporters to market their products in all Syrian provinces without restrictions, according to the Rai al-Youm report.