For families crossing from Iraq and into Syria, in the hopes of reaching Turkey, the journey is difficult and extremely risky writes Zaman Al Wasl. 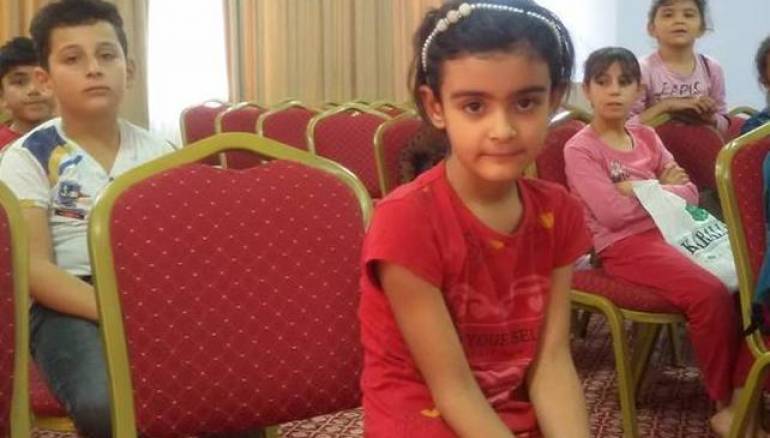 Quick thinking during a short interaction between a 7-year-old Iraqi girl named Aisha Hameed and a member of the Iranian-backed Shiite militia, Hashd al-Shaabi, at the Razzaza checkpoint in the Sunni-dominated province of Anbar in Iraq, gave her and her family a chance of survival.

Her lie was able to save the life of her family. Aisha was vigilant enough to change her name from  from "Aisha", a common Sunni name, to "Fatima" a name used by Shia Muslims, which refers to the youngest daughter of the Prophet Muhammad and the wife of Ali and mother of Hasan and Husayn.

Despite not having any toys to play with, Aisha claims she will not leave Turkey and return to Iraq, saying: “Our house collapsed because the police poured oil in it and blew it to pieces.”

Aisha and her family left their home in the Ramadi, in the center of Anbar province, and headed to Baghdad; however they were detained in the camp Bazeebz.

Aisha's father, Saeed, heard from a family that had just arrived at the camp that there was a specialized hospital in an area held by the Turkish-backed Euphrates Shield forces. This meant they would have to pass the Razzaza checkpoint, where 1,700 civilians from Anbar and Salahuddin have disappeared, and whose fate is still unknown to this day, especially those who have family members named after the Prophet Muhammad’s companions, such as "Omar, Othman, or Aisha", the name of this little girl.

Saeed says that when the family arrived by bus at the crowded crossing, he handed over the personal identity cards of each member, except for Aisha's, for fear of what might happen. An armed man from the crowd approached the child to ask about her name; stopping for a short pause to think, she answered: “My name is Fatima.” This quick thinking saved her and her family for an inevitable fate.

After crossing the notorious barrier, the family moved to areas under the control of the Syrian Democratic Forces in Deir ez-Zor province. By relying on smugglers, the family could finally travel to Turkey. They were able to make the difficult crossing with the help of a Syrian man who sympathized with them, when he heard that one of the children needed medical attention. He was able to provide them with the $1500 needed to cross the treacherous border.