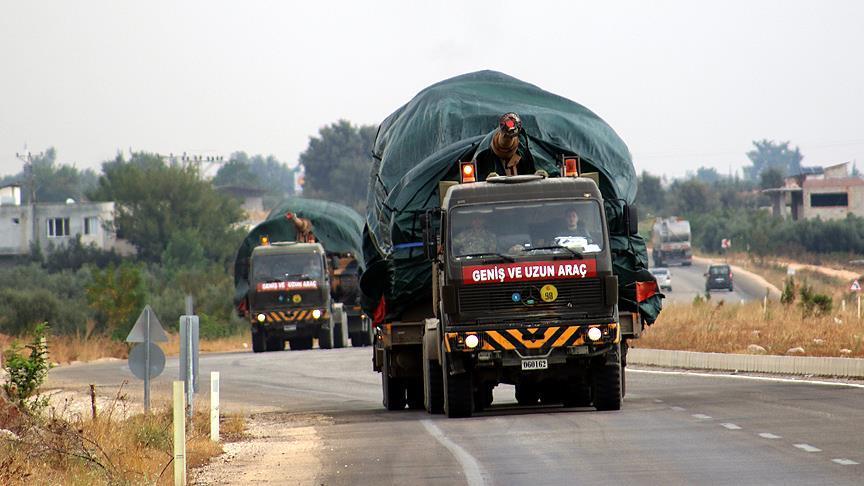 Military reinforcements arrived at the Syrian border in Turkey's southern Hatay province on Monday, including tanks, according to reports from the ground.

Armored vehicles, Firtina (storm) howitzers, and tanks were distributed to border units after reaching Hatay’s Reyhanli district, according to correspondents on the scene.