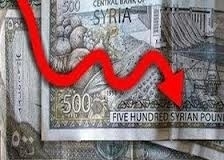 There have been many analyses and studies on the state of the Syrian economy during the current crisis. Hopefully these efforts constitute logical contributions or starting points to determine courses of actions, decisions, plans, and strategies that the Syrian economy needs in order to gradually restore its health.

Al Watan interviewed a number of economic specialists, officials, and private [citizens] as well as academics in an attempt to form an approach or vision for the future of the Syrian economy.

Deputy minister of commerce and foreign economy Dr. Hayan Salman clarified that the Syrian economy has been through systematic vandalism with intent of destroying it. Tourism has decreased by 90% as a result of criminal actions. Armed groups have been looting and robbing the oil sector by selling one barrel of oil to Turkish gangs for two dollars with those gangs then selling them to the Turkish government for ten dollars each, while the actual price on the international markets is 120 dollars [a barrel]. Strategic sectors have also been experiencing the same actions: targeting, theft, and burning of strategic crops such as cotton, wheat, and olives.

Salman added that, “whoever planned to target Syria has specifically ordered the destruction of the industrial sector and the sabotage of all small and medium enterprises, which were 75% of the Syrian economy. If any country in the world had experienced such a universal conspiracy for three years, its economy would absolutely collapse.” He believes that in order to re-launch the wheel of the Syrian economy, the Syrian government must concentrate on a few key points.

Setting the reconstruction plan, rearranging priorities, follow up and implementation, and finally evaluation of results –known in management science as feedback [are needed]. Salman emphasizes that the Syrian economy is capable of cohesion and resilience within this vision. He indicated that the government has finalized the reconstruction plans and all that is needed now is the conviction that no one can build Syria but Syrians themselves. The president has made it clear that the conspiracy against Syria ends when the Syrians want it to be ended.

Salman emphasized the urgent need to observe and follow up on daily economic decisions, prioritize goals, and stop the attacks and accusations against each other, which are currently occurring with reference to the subject of increasing prices. The government acknowledges the high prices and is working to reduce them, but the accusations are endless. No one has asked the key question: How has the government managed to secure all of those materials and goods during the current crisis?

Salman said “It is necessary to implement the president's directions by turning our interests to the East in a geopolitical, not geographical sense by, for example, considering Venezuela an Eastern state, but not Japan. Within this framework we can evaluate a wilder range of friends who stand with us during the crisis.”

Salman also emphasized the importance of giving priority to the Syrian capital in all development projects and plans, in order to give Syrian labor and companies the biggest role in cooperation with friendly countries and companies.

The minister says that all the alternative scenarios for reconstruction [proposed by] the ESCWA (the UN’s Economic and Social Commission for Western Asia) and some Syrian economists who say that the Syrian economy needs 80 billion dollars to heal is an inaccurate number. “The time is not appropriate for gloating,” he said. “If these economists have any role in global financial institutions, then why not ask them to give us loans without interests or at least with low interest rates.”

Salman indicates that the Syrian economy achieved a growth rate of 4.5% between 2001 and 2006 and the growth rate was 5.7% during the tenth Five Year Plan between 2006 and 2011. The private sector has played an important role in this; it contributed to 65% of GDP. The Syrian economy is able to recover and the government has several alternative scenarios and it is working on implementing them along with reconstruction plans.

All the rumors about the size of the losses are just predictions and speculation. No one can count these losses accurately, [which can be done] only after retrieving security and beginning the of inventory.