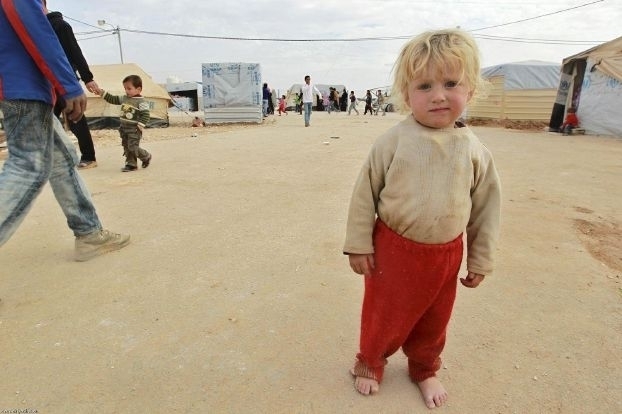 Jordanian authorities have confirmed an investigation will be continued into a riot that broke out last Saturday evening in Zaatari camp for Syrian refugees northeast of Jordan.

The effect of the riot lasted through the last two days, and resulted in the death of one refugee and the injury of 29 gendarme,s in addition to five refugees.

Authorities explained that the investigation is being made by a committee formed by the departments of public security and the gendarmerie.

With the return of calm to the camp after days of tension, there are rumours circulating about the danger of the so-called "sleeping cells", that authorities say they are working among the refugees for the Syrian regime and that have recently returned.

A senior Jordanian official told Al-Hayat that "The Kingdom is facing a major challenge from groups inside and outside the camp suspected to be loyal to the regime in Damascus".

Another security source said that "competent authorities have seized an explosive device inside the camp and defused it".

The Jordanian security authorities have announced many times throughout the Syrian crisis that groups coming through Damascus have been captured, which "proves their involvement and work to destabilize the stability of the kingdom."

Officials and relief workers told Al-Hayat that "the camp is currently undergoing a comprehensive security search for those involved in the riot and for weapons might have been smuggled into the refugees areas."

Zayed Hammad, the head of the Jordanian al-Kitab Wassunnah society that provides services to tens of thousands of refugees in the camp, said that "there is important information pointing to the existence of groups within the camp aiming to create chaos among the refugees, they are more like sleeping cells operating for the regime of Bashar Assad."

The Jordanian Public Security Directorate announced a few months ago that it captured Syrian groups with night binoculars and Thuraya phones. The Directorate said that they were subjected to a long investigation, without giving any further details.

The Jordanian army has repeatedly announced the seizure of arms and ammunition smuggled from inside Syria to Jordan.

The army said that arms smuggling operations have increased this year by 300%, while the infiltration to and from Jordan increased by 250% compared with last year.

On the other hand, the director of the Department of Syrian Refugees in Jordan, Brigadier General Wadah Al-Hamoud, said yesterday that "the legal investigations on the killing of a Syrian refugee by a bullet from an unknown source within the riot is conducted by the General Prosecutor of al-Mafraq region." He added that "there is a security plan to better control things inside the camp".

Hammad told Al-Hayat that "the authorities fear a mass escape to the outside of the camp, which started already."

"There are thousands of refugees who managed to escape, about 10% of the residents of the camp," Hammad said.

Zayed spoke of "individual" and "organized" escape cases, pointing out that "some of the refugees are taking advantage of the night and escapes for personal reasons".