The Shabbiha's work had remained unregulated until 2012 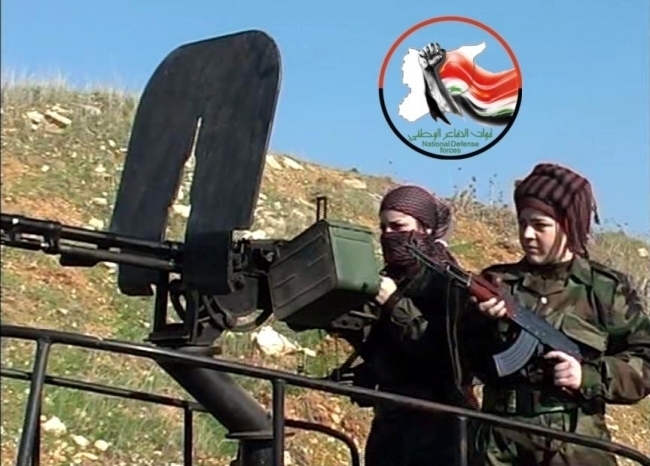 An official leaked document issued by the Syrian regime’s Ministry of Interior has confirmed the actual involvement of the National Security Bureau headed by Maj. Gen. Ali Mamlouk in recruiting Shabbiha to the National Defense Froces after obtaining paid leave for them from their regular jobs.

The head of administrative affairs wrote that Issa’s services are indispensable due to the fact that he is the only correspondent to the ministry’s branches.

Ali Mamlouk, who is a special security adviser to the Syrian President Bashar Assad and one of his most trusted men, was appointed by Assad as head of National Security Bureau, the highest intelligence rank, following the death of Hisham Bakhtiar in an operation known as the "Crisis Cell explosion in mid-July, 2012. A group of top military and intelligence officials responsible for the running of the Syrian army's daily operations were killed in the blast.

Since the beginning of the Syrian revolution, the Syrian regime has depended on a group of mercenaries to suppress the revolution's demonstrations. Known as “Shabbiha”, their work remained uncoordinated and unregulated until the regime gave them the legitimacy to operate their crimes late in 2012 under the so-called National Defense Forces.

The Shabbiha, who were concentrated in Hafez’s regime in the Mediterranean region around Latakia, Banias and Tartous, benefited from smuggling through the ports in the area.

The word Shabbiha comes from the Arabic word for ghost, or for the Mercedes S600 that was popular for its smuggling sized trunk and was called the Shabah.