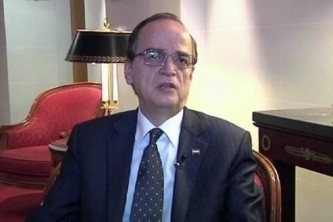 "Hadi al-Bahra was elected president of the coalition with 62 votes," the coalition said in a statement on its Facebook page after the early morning vote at the meeting in the Black Sea resort of Sile outside Istanbul in Turkey.

The elections came in the midst of internal division within the democratic Bloc in the coalition.

Both candidates are members in the bloc. Nyrabia  had won the internal elections with 10 against 9 voters.

Bahra, who was born in Damascus in 1959, and spent most of his adult life in Saudi Arabia, where he managed several hospitals and businesses, succeeds Ahmad Jarba, who headed the coalition from July 2013 but failed in his efforts to unite the opposition and obtain significant Western military support.