Jaafari questioned the double standards adopted by the General Assembly 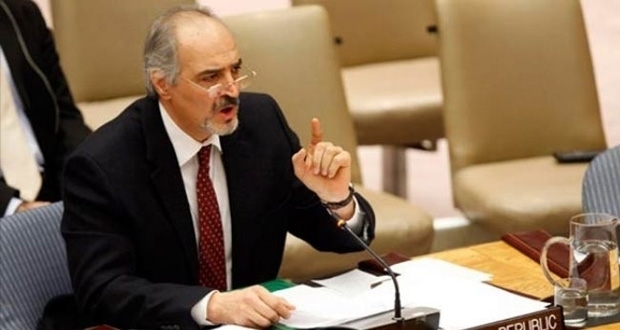 What the Palestinian people want, Syria's Permanent Representative to the U.N., Bashar al-Jaafari said on Wednesday, is not to count the innocent victims or losses as a result of Israeli aggression, but to liberate their land from occupation and practice their right to determine their destiny and achieve independence.

Jaafari’s comments were made during a session of the U.N. General Assembly to discuss the situation in Gaza.

Jaafari questioned the double standards adopted by the General Assembly concerning it's inability to grant millions of Palestinians their legitimate right to self-determination.

He lashed out at some member states for ”hypocrisy and repeated allegations” about protecting civilians and the necessity of achieving international justice and accountability at a time when they continue to turn a blind eye to savage Israeli war crimes in Gaza.

Syria’s representative reminded members of the failure of the U.N. Security Council to stop the Israeli aggression on Gaza at the end of 2008, also accusing some Arab and western countries of thwarting a draft resolution prepared by President of the General Assembly, Miguel D’Escoto at the extraordinary meeting held at that time, to discuss the Israeli aggression on Gaza.

He slammed the so-called the “Arab Spring” which he said aimed at dumping the Arab countries in a "creative chaos" and undermining the aspirations of the Arab people for peaceful reform without foreign interference, in order to distract the Arab and international attention from their top priority, the Palestinian cause.