Photos depicting mass torture by regime to be released on Monday 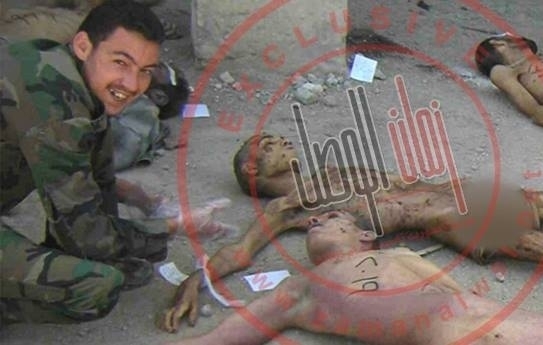 Photos implicating Syrian intelligence services in mass torture have been leaked, depicting the actions of severe war crimes, according to human rights advocates.

The photos, to be published by Zaman al-Wasl, are said to reveal signs of starvation, brutal beatings, strangulation and other forms of torture and killing.

The photographs are resonant of the misconduct and torture exposed in Abu Ghraib prison in Iraq following the American invasion of 2003, where U.S. soldiers photographed tortured inmates.

The new photos are linked to a war crime report published last year by a team of international prosecutors and forensic experts.

In mid-2013, war crimes prosecutors and forensic experts analyzed thousands of digital photos provided by a Syrian defector codenamed "Caesar," now said to be living outside Syria in an undisclosed location, according to CNN.

In a joint exclusive, the team will share their findings with CNN's Amanpour and The Guardian newspaper on January 20.

In an interview with CNN, Former Chief Prosecutor of the Special Court for Sierra Leone, Sir Desmond de Silva, likened the images to those from Holocaust survivors and Nazi death camps following World War II.

As Syria is not a member of the International Criminal Court, prosecution of Syrians would have to be through a referral from the United Nations Security Council.

More than 200,000 people have been killed in Syria since a revolt against Bashar al-Assad began in March 2011, according to the United Nations.