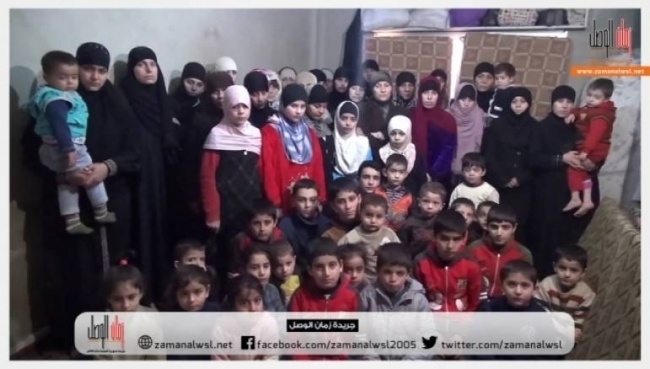 Rebels held 54 hostages, including women and children, in Lattakia countryside for over 17 months, according to an exclusive video obtained by Zaman al-Wasl.

The hostages accused the Assad regime of ignoring their fate as rebels sought a prisoner exchange.

The video, believed to be recorded on December 16, 2014, shows 54 people, mostly women and children from families of fighters loyal to the Assad regime, in Lattakia countryside.

Following the incident, rebels have routinely demanded the regime conduct a prisoner exchange for the release the hostages. But the demands have consistently been faced with indifference and apathy from the Assad regime, according to Fida’a Majthoob, the rebels’ representative for exchange negotiations.