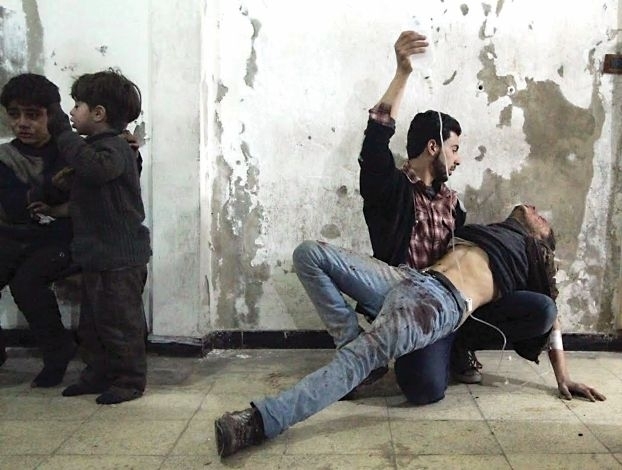 Air raids carried out by the Syrian air force have killed 50 civilians, and injured 120 others, in the three massacres in the countryside of Damascus, Daraa and Idleb.

The Syrian Observatory for Human Rights said that "44 civilians, including at least two children and three women, have been killed and 120 more were injured in raids on three areas in the country". The Observatory reported the deaths of 15 civilians and the injuring of at least 25 others as a result of regime raids on the town of Jassem in Daraa countryside. The Observatory claims that regime fighters have also targeted Inkhil and Sameen towns in the countryside of Daraa, and that helicopters have dropped explosive barrels on the city of Daraa and ad-Dilli town.

In Damascus, regime fighters carried out six raids on Douma city in Eastern Ghouta, "which led to the death and injury of dozens of civilians, followed by the shelling of the city with mortars. Eleven civilians were killed and others were injured due to the shelling on Khan Shaykhun city in the countryside of Idleb (in the northwest of the country)", according to the Observatory.

Kurdish fighters have also set up security belt around Kobani, north of the country, after the retreat of ISIS.