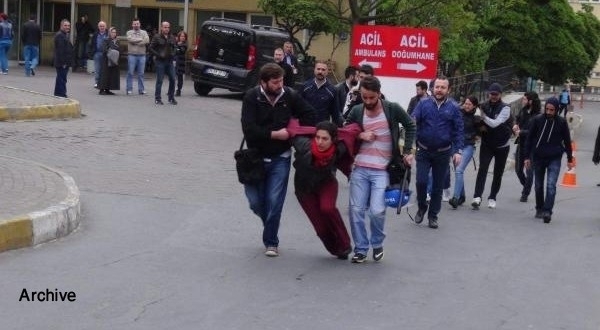 Hundreds of Turkish people took to the streets of Varto in the eastern province of Mush on Monday in a show of solidarity with the Syrian people against terrorism. The demonstration, organised by the Peoples’ Democratic Party (HDP), also condemned massacres perpetrated by Turkish-backed terrorists against the Syrian people in Idleb and Jisr al-Shughour.

The demonstrations accused the Turkish government of supporting extremist and terrorist organizations that perpetrate massacres against the Syrian people.

Protestors expressed belief in the resilience of the Syria in the face of terrorism, calling on Turkish citizens to stand by Syrians to unveil the conspiracies hatched in Ankara in coordination with Saudi Arabia and Qatar.

A number of other Turkish civil society organizations, unions and political parties organized rallies in the Taksim area of Istanbul in solidarity with the Syrian people in their fight against terrorism.